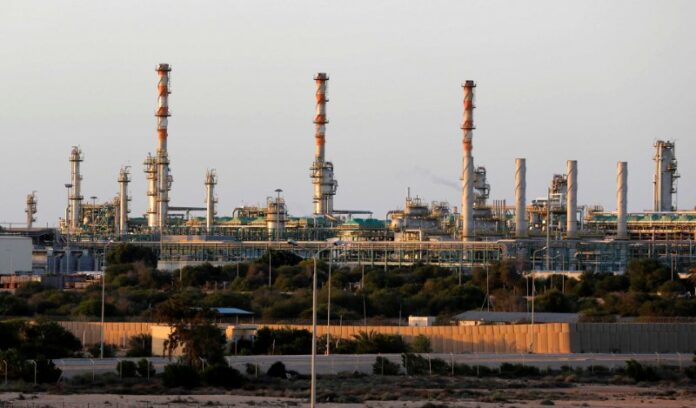 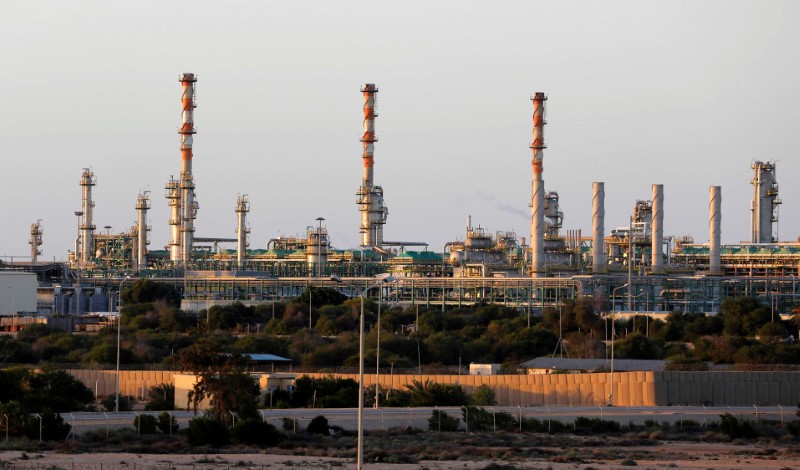 TRIPOLI (Reuters) – The head of Libya’s U.N.-backed government held a rare meeting on Saturday with the head of the National Oil Corporation (NOC) and the governor of Tripoli’s central bank to discuss funding to raise oil production.

Relations between the three institutions have been fractious over the past two years due to stand-offs over public spending and funding for NOC.

Ties have been tense between central bank Governor Sadiq al-Kabir Sadiq and Government of National Accord (GNA) head Fayez Seraj over monetary policy and fiscal reform, although the bank said last month an economic and financial plan had been agreed.

“The meeting dealt with the necessary financial arrangements to provide funding to the National Oil Corporation so as to be able to raise production and carry out its tasks and responsibilities in … production, exploration, refining and transport of and petroleum products,” GNA said.

The GNA statement added that rising oil output would help “reduce the deficit, and helps the Central Bank of Libya to take monetary policies to deal with the liquidity crisis and support the Libyan dinar and stimulate the national economy.”

Libya earns almost all its income from oil production, which has risen about fourfold over the past year-and-a-half to about 1 million barrels per day (bpd).

Despite the rise in production, Libya is still running a heavy deficit and the NOC has complained in the past that it has only received a fraction of its budget.

Citizens have struggled with inflation, which has risen to more than 30 percent as the Libyan dinar has steadily lost value on the parallel market.

Economic policy has also been obstructed by divisions between rival factions based in Tripoli and eastern Libya. A separate government and branches of the NOC and central bank were set up in the east in 2014, but they have little real power.