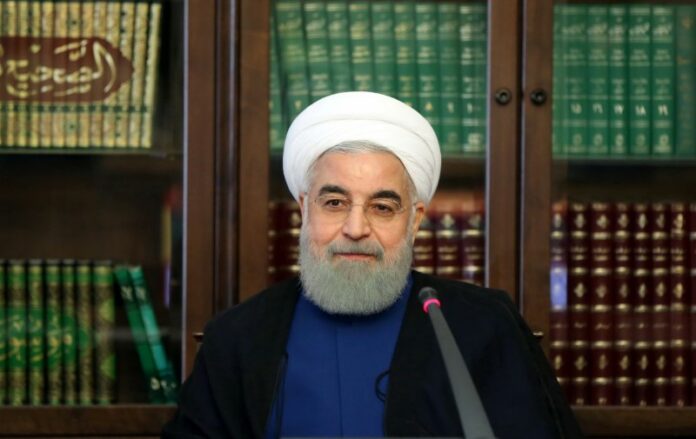 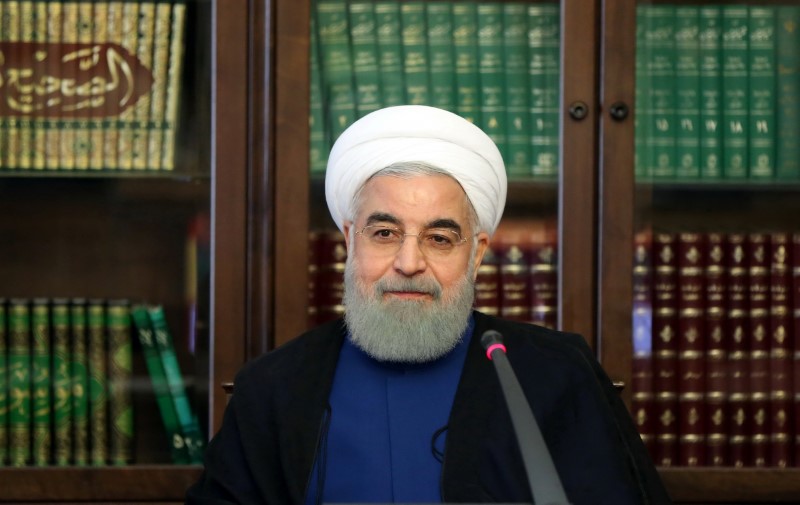 © Reuters. Iranian President Hassan Rouhani attends a meeting of the Social Council of Iran, in Tehran

DUBAI (Reuters) – Iranian President Hassan Rouhani proposed to parliament on Sunday a conservative state budget of about $104 billion for next year, with the outlook for the economy and state revenues clouded by tensions with the United States.

Rouhani announced a draft budget for the Iranian year starting next March 21 of 3,681 trillion rials ($103.9 billion at the official exchange rate), excluding the spending of state enterprises.

That is up about 6 percent from the budget plan for the current year, but since inflation is running at nearly 10 percent, the budget extends the conservative fiscal policy which Rouhani introduced after taking office in 2013.

In a speech broadcast live by state television, Rouhani described the budget as one that would work toward full employment, eliminating poverty and creating social justice.

After struggling for years under sanctions, Iran’s economy picked up in 2016 after most restrictions were removed under a deal with world powers on its nuclear program. Gross domestic product grew 12.5 percent last year, according to the International Monetary Fund.

But that leap in growth was almost entirely due to a surge in the oil sector as Iran became able to increase its oil exports; the rest of the economy, which is more important to the welfare of most Iranians, improved much less. The IMF projects growth of just 3.5 percent this year.

Unemployment, officially put at around 12.5 percent, is a major cause of public concern and Rouhani said in his speech that 840,000 people would enter the job market next year.

Rouhani is under pressure to boost economic growth and create jobs as his hardline opponents, who were against the nuclear agreement, say he has failed to improve living standards as much as hoped after the lifting of sanctions.

U.S. President Donald Trump, who has taken a hawkish approach toward Iran, has said Tehran’s missile program should be curbed and wants to punish Iran over its roles in Yemen and Syria.

Trump has also dealt a blow to the nuclear deal by disavowing Iran’s compliance with its terms, and the U.S. Congress may re-impose sanctions or impose new sanctions. This threat has deterred many foreign banks and companies from doing business with Iran.

As in past years, the draft budget shows spending and revenues in balance, although the actual result will depend on fluctuations in oil prices. Next year’s budget assumes oil prices of about $55 per barrel, Iranian news agencies reported, up from about $50 assumed for the current year’s budget.

The total draft budget, including state enterprises, amounts to 11,949 trillion rials, according to the text of the proposed plan published by Iranian news agencies.

The draft budget has to be passed by parliament and approved by a clerical body that vets legislation before it becomes law.