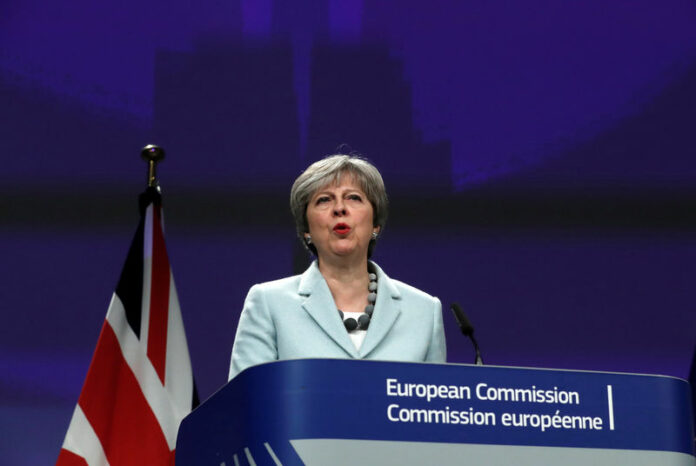 Britain’s May hails new optimism in Brexit talks after deal 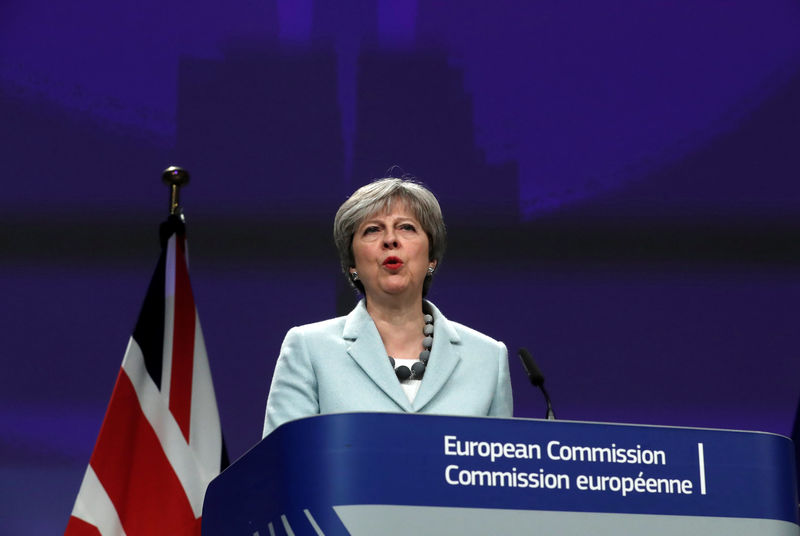 © Reuters. Britain’s Prime Minister Theresa May speaks at a news conference at the EC headquarters in Brussels

LONDON (Reuters) – Prime Minister Theresa May hailed “a new sense of optimism” in Brexit talks on Monday, telling parliament Britain and the European Union should sign off on a deal at a summit this week “to move forwards together” to discuss future trade ties.

May, weakened after losing her Conservatives’ majority at a June election, rescued an agreement last week to move the talks to unravel more than 40 years of union on to a second phase after easing the concerns of her Northern Irish allies over the future role of the border with EU member Ireland.

But the discussion of Britain’s trade relationship with the EU after Brexit contains many pitfalls and could widen differences among her top team of ministers, or cabinet, over how Britain should look after it leaves the bloc.

In a statement to parliament, May took to task those who doubted that she could move the talks beyond the initial stage of agreeing terms on how much Britain should pay, citizens’ rights and the border between the British province of Northern Ireland and EU member Ireland.

May said the agreement to move on to the next phase of Brexit talks is progress for all voters.

“This is good news for people who voted leave who were worried we were so bogged down in the tortuous negotiations it was never going to happen,” she told parliament.

“It is good news for people who voted remain who were worried were going to crash out without a deal.”

May will head to Brussels on Thursday for a summit meeting at which she expects the leaders of the other 27 EU states to approve an assessment by negotiators that the sides have made “sufficient progress” to move on to phase two.

But she warned that the government will only pay a financial settlement if Britain and the EU secure a future trade deal.

The deal to launch further talks looked in jeopardy a week ago when May was forced to abandon a choreographed meeting in Brussels intended to seal the deal after her allies in Northern Ireland expressed fears she was proposing a special status for the region — out of sync with the rest of the United Kingdom.

After days of diplomacy, there was a compromise — if no overall Brexit deal is secured, Britain will keep “full alignment” with those rules of the EU’s single market that help cooperation between Ireland’s north and south.

But those words have reverberated in both London and Belfast, with Brexit minister David Davis saying they were more “a statement of intent” than a legally binding move.

On Monday, Davis told LBC his words had been taken out of context and denied he was backing away from the commitment, which the EU described as “a deal between gentlemen”.

“And it is the clear understanding that it is fully backed and endorsed by the UK government,” the European Commission’s chief spokesman Margaritis Schinas told reporters in Brussels.

Davis’ comments may have been aimed at members of the Northern Irish Democratic Unionist Party, which props up May’s Conservative minority government in parliament after the party expressed concerns about how alignment could work without Britain staying in the EU’s single market and customs union.

Or he may have wanted to ease the fears of some campaigners for Britain to leave the EU, who say the possibility of having to follow the bloc’s rules would mean that they would have Brexit in name only.

But May will say the commitments made in the first round of talks — which includes a payment of 35-39 billion pounds over many years to meet EU obligations — were necessary to sever ties with the bloc.

“In doing so we can move on to building the bold new economic and security relationships that can underpin the new deep and special partnership we all want to see,” she said.

“A partnership between the European Union and a sovereign United Kingdom that has taken control of its borders, money and laws once again.”