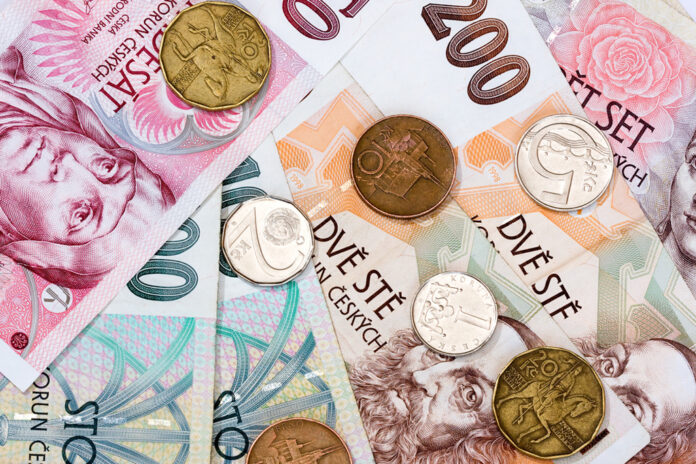 BUDAPEST: Central Europe’s main currencies eased on Monday, stung by Czech and Polish inflation figures that did not support the case for imminent monetary tightening.

The inflation figure was in line with market expectations.

The CNB said the data was also in line with its own forecast and that overall inflation pressures were peaking, reflecting accelerating wage growth.

The inflation decline makes it less likely that the CNB, the region’s most hawkish central bank, will raise rates again at its Dec. 21 meeting after two increases since August, analysts said.

“Tightening (rates) is appropriate but does not demand any urgent steps. December’s CNB policy meeting will be exciting but is not likely to bring a change in rates,” said Pavel Sobisek, UniCredit’s chief economist in Prague.

A further interest rate increase is expected to strengthen the crown next year. The crown has been the world’s top-performing currency this year with a 5.5 percent gain against the euro.

CNB Governor Jiri Rusnok last week said the rise in interest rates would be gentle and gradual next year.

The forint eased in tandem with the crown.

It approached Friday’s one-year lows of 315.14 against the euro, reached after November inflation data signalled that the Hungarian central bank is unlikely to change its ultra-loose monetary stance.

Surging wages have not had an impact on inflation yet, Raiffeisen analyst Zoltan Torok said in a note.

It could rise from November’s 2.5 percent, but forecasts still point downwards rather than upwards, underpinning the super-easy monetary policy, he added.

The zloty eased slightly, but at 4.205 it remains near six-month highs.

It has performed well this year thanks to strong and balanced Polish economic growth, coupled with expectations for central bank rate increases to start late next year.

On Friday, as expected, the Polish parliament approved an overhaul of the judiciary — defying threats of legal action from the EU — and Finance Minister Mateusz Morawiecki was designated as the new prime minister.