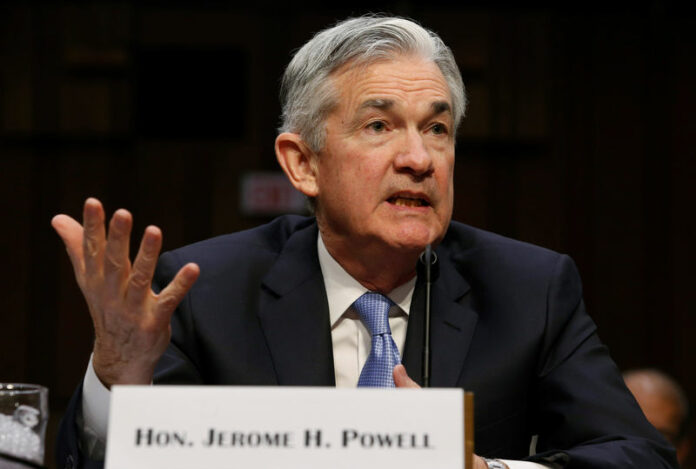 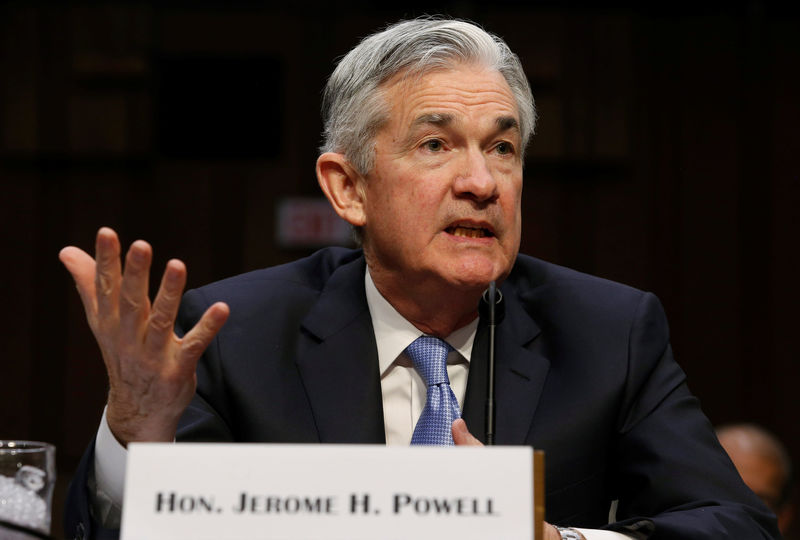 © Reuters. Jerome Powell testifies on his nomination to become chairman of the U.S. Federal Reserve in Washington

Powell in statements throughout the year, culminating with his recent Senate confirmation hearing, has been clear he sees little risk of inflation that would prompt the Fed to raise rates faster than expected, and takes weak wage growth as a sign that sidelined workers remain to be drawn into jobs.

New data added evidence to that view on Friday. Employment in November grew faster than expected, but wage growth remained muted. The share of working age adults with jobs continued a steady, six-year recovery that is approaching its pre-crisis peak.

Even with the unemployment rate at a 17-year low of 4.1 percent, “there’s no sense of an overheating economy or a particularly tight labor market,” Powell told members of the Senate Banking Committee, saying that the Fed should raise rates only gradually.

Debate among Powell’s colleagues, meanwhile, has highlighted other risks if the Fed speeds its pace of rate increases.

Some policymakers feel the central bank has already undercut its credibility by raising interest rates while inflation remains so weak. Others have noted that if the Fed continues raising short-term rates while long-term rates remain stalled, it could turn the shape of the bond yield curve upside down, a typical signal of recession.

“If the Fed gets its paradigm wrong and sees inflation that ultimately doesn’t materialize, and they take rates too far, then markets would feel aggrieved,” said Carl Tannenbaum, chief economist at Northern Trust (NASDAQ:) in Chicago, and a former senior risk official at the Fed Board.

Other analysts are starting to see a potential dovish surprise when Powell takes over in February, the tax cuts could kick in, and the Fed stands aside.

With a background as an investment banker rather than as an economist rooted in a particular analytical framework, Powell will lead “a more data-driven Fed, which at the current juncture means a more dovish Fed,” until and if inflation recovers, said Robin Brooks, chief economist at the Institute of International Finance.

He expects the Fed under Powell to only raise rates twice next year.

Policymakers will give an initial reading on the impact of the Republican tax plan when they meet next week. They are expected to raise interest rates for the third time this year. They will also update their economic and interest rate projections for 2018 and beyond, the first such forecasts since the outlines of the tax overhaul became clear.

Top Republicans from the House and the Senate are rushing to complete negotiations to push the tax plan into law.

Though Janet Yellen remains Fed chair until February, her final scheduled press conference on Wednesday afternoon will set the policy backdrop Powell inherits. The 64-year-old lawyer will attend the meeting as a sitting governor, and help shape the statement issued that day by the Federal Open Market Committee.

It is a group struggling with a fundamental issue.

The economy is arguably as much as a half a percentage point below full employment, a condition in which prices and wages should be rising. Yet both remain weak.

Into that mix, the tax cut legislation would put tens of billions of dollars back in the hands of corporations and households.

If there is still “slack” in the economy, that could produce faster real growth as spending and investment increase, and more workers are hired. However, if the economy is near or above its potential, as some measures indicate, it may merely cause faster-than-desired price increases, or a jump in stock and other asset values that raise concerns of a bubble.

As the tax plan advanced in Congress, forecasting shops at Goldman Sachs (NYSE:), JP Morgan and others penciled in a faster pace of Fed rate increases – essentially expecting the Fed would need to lean against the inflationary outcome.

But the new chair’s own public speeches and comments throughout the past year have shown an evolving faith that the Fed’s go-slow approach can continue, giving more time for workers to rebound from the 2007-2009 crisis without creating other economic risks.

“Accommodative policy did not generate high inflation or excessive credit growth; rather, it helped restore full employment,” Powell said in June in his last extensive speech on monetary policy before he emerged as a contender for the top Fed job.

His outlook is consistent with positions Trump and current chair Janet Yellen have taken, and the depth of his commitment to that view will be a critical part of the Fed’s debate about whether and how to react to the tax plan.

At his confirmation hearing, Powell avoided any direct critique or endorsement of the pending legislation, telling lawmakers fiscal policy was their domain.

But when asked about Fed staff research that challenged a key Republican premise that corporate tax cuts generate jobs, Powell kept his distance.

“It’s just someone’s research,” Powell told senators. “Don’t associate that with a position of the board.”