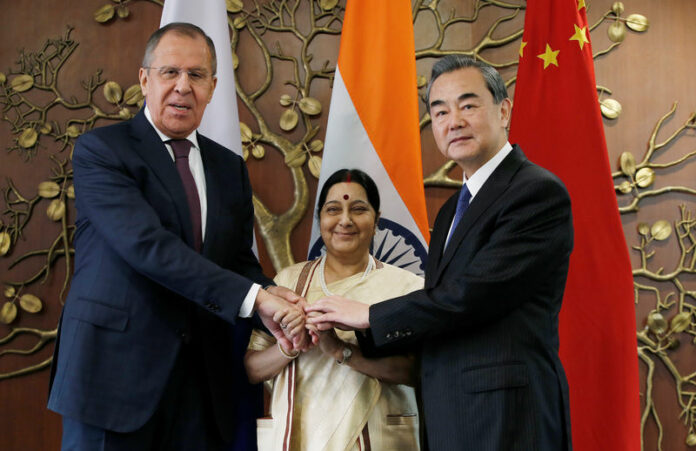 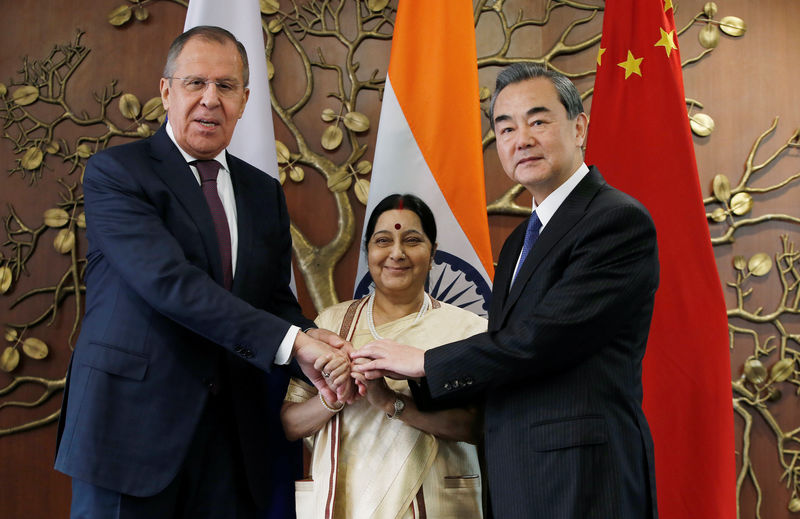 NEW DELHI (Reuters) – Russia threw its weight behind China’s massive Belt and Road plan to build trade and transport links across Asia and beyond, suggesting to India on Monday that it find a way to work with Beijing on the signature project.

India is strongly opposed to an economic corridor that China is building in Pakistan that runs through disputed Kashmir as part of the Belt and Road initiative.

India was the only country that stayed away from a May summit hosted by Chinese President Xi Jinping to promote the plan to build railways, ports and power grids in a modern-day recreation of the Silk Road.

Russian Foreign Minister Sergei Lavrov said New Delhi should not let political problems deter it from joining the project, involving billions of dollars of investment, and benefiting from it.

Lavrov was speaking in the Indian capital after a three-way meeting with Chinese Foreign Minister Wang Yi and Indian Foreign Minister Sushma Swaraj at which, he said, India’s reservations over the Chinese project were discussed.

“I know India has problems, we discussed it today, with the concept of One Belt and One Road, but the specific problem in this regard should not make everything else conditional to resolving political issues,” he said.

Russia, all the countries in central Asia, and European nations had signed up to the Chinese project to boost economic cooperation, he said.

“Those are the facts,” he said. “India, I am 100 percent convinced, has enough very smart diplomats and politicians to find a way which would allow you to benefit from this process.”

The comments by Russia, India’s former Cold War ally, reflected the differences within the trilateral grouping formed 15 years ago to challenge U.S.-led dominance of global affairs.

But substantial differences between India and China, mainly over long-standing border disputes, have snuffed out prospects of any real cooperation among the three.

India, in addition, has drawn closer to the United States in recent years, buying weapons worth billions of dollars to replace its largely Soviet-origin military.

Swaraj said the three countries had very productive talks on economic issues and the fight against terrorism.