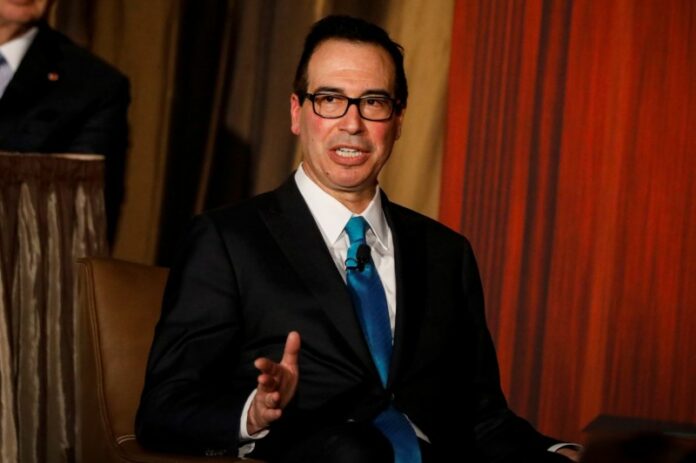 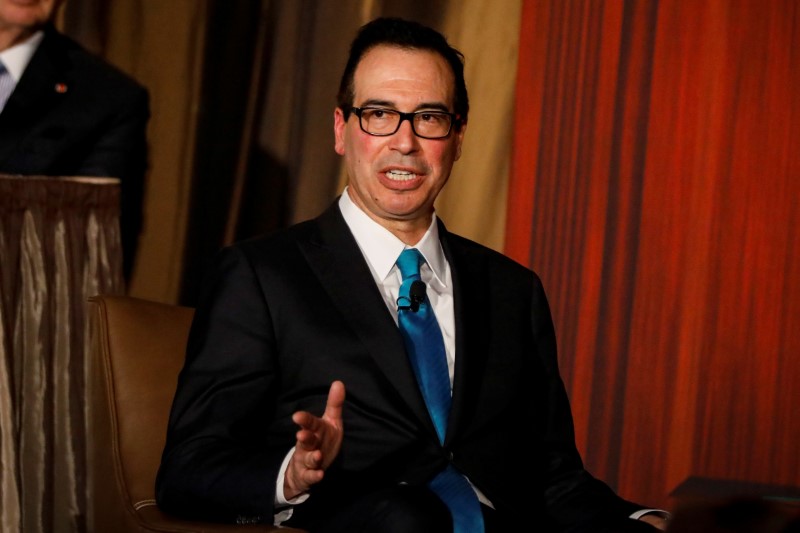 WASHINGTON (Reuters) – The U.S. Treasury Department on Monday released a one-page analysis of the economic and fiscal impact of a Republican tax overhaul plan that was swiftly criticized by a number of tax experts and attacked as “fake math” by Democrats.

Treasury said the tax plan would more than pay for itself in 10 years, basing its forecast on a 2.9 percent annual economic growth assumption, a level well above most economists’ expectations, as well other changes on which the White House has made little progress.

“We are pleased to release an analysis demonstrating the revenue impact of the administration’s economic agenda,” Treasury Secretary Steven Mnuchin, a former Goldman Sachs (N:) banker, said in a statement.

The Committee for a Responsible Federal Budget, a conservative fiscal watchdog in Washington, said the Mnuchin analysis “makes a mockery of dynamic scoring and analysis,” referring to methods for forecasting the impact of tax changes on the economy.

Senate Democratic leader Chuck Schumer said the Treasury analysis was “nothing more than one page of fake math.”

“It’s clear the White House and Republicans are grasping at straws to prove the unprovable and garner votes for a bill that nearly every single independent analysis has concluded will blow up the deficit and generate almost no additional economic activity to make up for it,” he said in a statement.

The sparring over economic forecasts came as Republicans resumed efforts to reconcile two tax-overhaul bills, one approved by the Senate and one by the House of Representatives.

President Donald Trump wants a single tax bill on his desk soon so he can sign it into law before the end of the year, in what would be his first major legislative achievement since taking office in January.

The Republican president will deliver a speech on Wednesday “to the American people on how tax reform will lead to a brighter future for them and their families,” the White House said in a statement.

Republicans are driving toward approval of a debt-financed package of deep tax cuts for businesses and the wealthy and a mixed bag of results for middle-class Americans.

Although the Republicans see the effort as crucial to their prospects in November 2018’s congressional elections, nearly half of Americans oppose the plan, according to Reuters/Ipsos polling.

The Treasury analysis was meant to help bolster long-standing promises from Republicans, including Mnuchin, that their proposed tax cuts would super-charge an already growing economy and raise more than enough new tax revenue to offset a large federal deficit increase.

Congressional researchers have estimated the Republican plan would add $1.5 trillion to the $20 trillion national debt over 10 years, before any projected positive effects on the economy, or $1 trillion after such effects.

In its analysis, Treasury said its projected 2.9 percent annual growth over the next decade would result not only from tax cuts but “a combination of regulatory reform, infrastructure development, and welfare reform as proposed in the administration’s Fiscal Year 2018 budget.”

The Trump administration sent a budget to Congress earlier this year that lawmakers largely ignored. While the White House has rolled back some regulations, it has made no substantial progress on infrastructure development or welfare changes.

Growth of 2.9 percent would produce $1.8 trillion in new tax revenues over 10 years, more than enough to offset the revenue that the tax plan would lose, the department said.

“We acknowledge that some economists predict different growth rates,” it added in a statement accompanying its analysis, which focused on the tax plan as approved more than three weeks ago by the Senate Finance Committee.

The full Senate on Dec. 2 approved a somewhat different plan, which would boost gross domestic product by 0.7 percent in 2018 and have little effect on GDP in the decade ahead, said the Tax Policy Center, a nonpartisan think tank, in a report on Monday.

Wharton Business School at the University of Pennsylvania also issued a report on Monday finding the plan approved by the full Senate would add $1.5 trillion to the national debt over 10 years, “even with assumptions favorable to economic growth.”