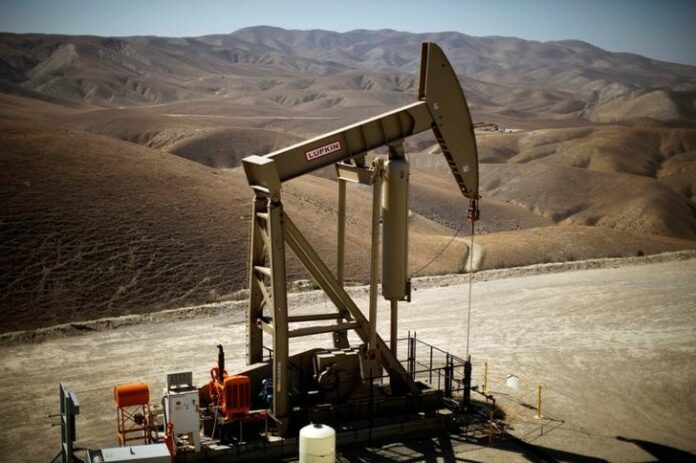 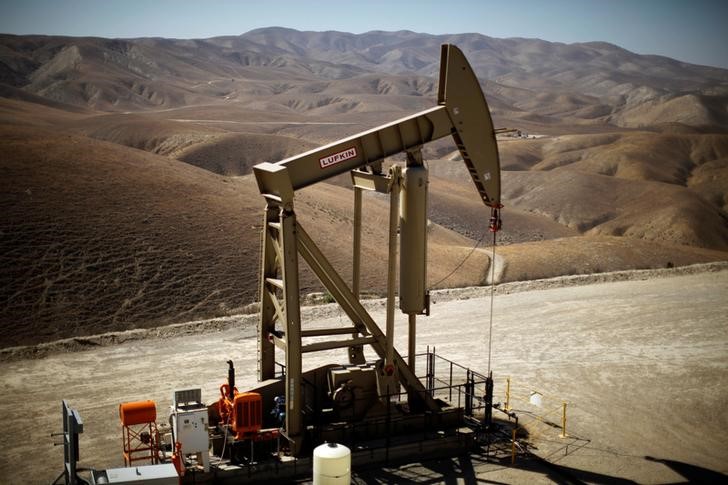 © Reuters. FILE PHOTO – A pumpjack brings oil to the surface in the Monterey Shale, California

SINGAPORE (Reuters) – Brent crude oil prices jumped above $65 per barrel for the first time since 2015 after the shutdown of the Forties North Sea pipeline knocked out significant supply from a market that was already tightening due to OPEC-led production cuts.

“Brent crude raced higher … as news broke that the North Sea’s Forties Pipeline system would have to be shut down for a ‘number of weeks’ after a hairline crack was found in it,” said Jeffrey Halley, senior market analyst at futures brokerage OANDA in Singapore. “The pipeline … is a significant component underpinning the Brent benchmark.”

Britain’s Forties oil pipeline, the country’s largest at a capacity of 450,000 barrels per day (bpd), shut down on Monday after cracks were revealed.

“The market reaction shows that in a tight market, any supply issue will quickly be reflected in higher prices,” said ANZ bank.

The jump in Brent prices widened its premium to WTI prices to almost $7 a barrel, up from around $5 last week, making U.S. oil exports more attractive.

The cheaper WTI is also a result of rising U.S. oil production

U.S. production is now also not far off that of top producers Russia and Saudi Arabia.

The rising U.S. output threatens to undermine efforts led by the Organization of the Petroleum Exporting Countries (OPEC) and a group of non-OPEC producers, most importantly Russia, to support prices by withholding supplies.