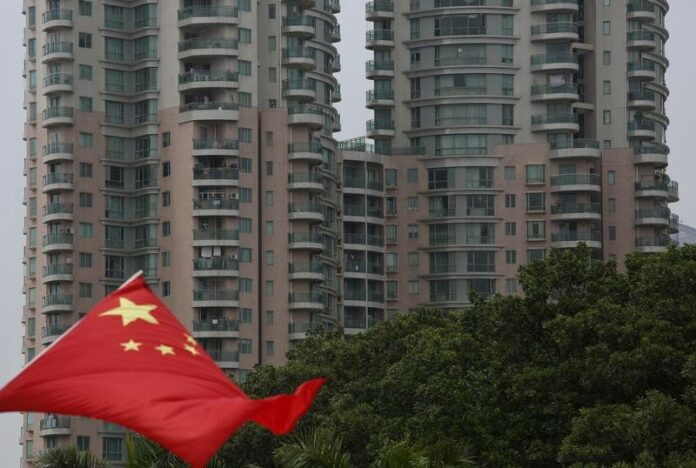 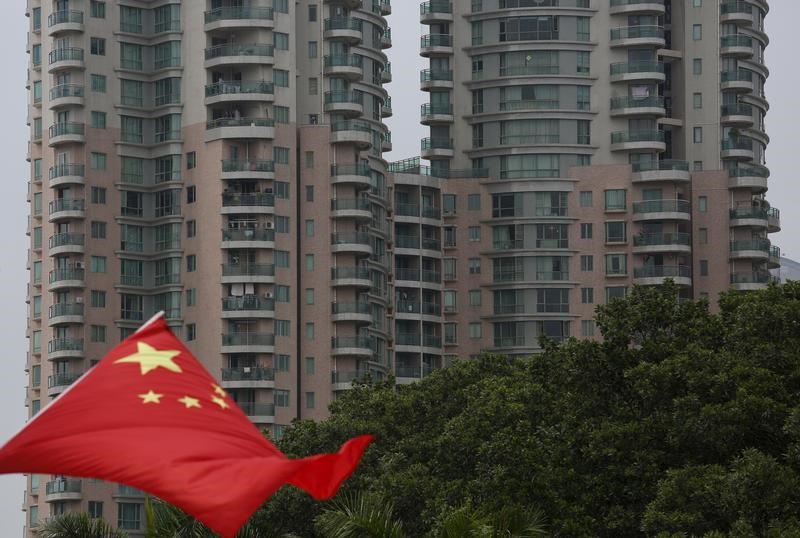 © Reuters. A Chinese national flag flutters in front of an apartment tower in the southern Chinese city of Shenzhen

By Engen Tham and Sumeet Chatterjee

SHANGHAI/HONG KONG (Reuters) – Chinese lenders’ short-term household loans almost doubled last month from a year ago, according to central bank data, as regulators clamp down on other opaque forms of borrowing to tame risks linked to a vast shadow banking sector.

New short-term household lending, which includes credit card debt and car loans, rose more than 80 percent to 202.8 billion yuan ($30.65 billion) in November from a year ago, and nearly trebled from the previous month.

China, the world’s second-largest economy, has been cracking down on risks to the financial system due to excessive leverage, and has recently zeroed in on fast-growing, loosely-regulated micro-lenders that make unsecured cash loans.

The crackdown on micro-lenders followed warnings from the authorities on rising household debt, which includes mortgages and consumer loans.

The jump in demand for bank short-term household loans also comes against a backdrop of Beijing trying to temper speculation in the property market by tightening the loan-to-value ratios for mortgage loans in some cities.

The tighter mortgage rules have led to the widespread ‘re-purposing’ of short-term household loans for the deposit a homebuyer has to make to get mortgage, say analysts and people familiar with the matter.

The surge in such loans suggests that “households are finding ways around some of those mortgage restrictions using short-term credit,” he added.

China has launched probes into consumer loans that are being misused for home purchases, warning they can’t be used to “fuel property bubbles”, a senior banking official said in September.

“It’s hard to bring it down because it’s convenient for banks … it’s cheap in terms of capital and in terms of provision,” said Alicia García Herrero, chief economist for Asia Pacific at Natixis.

“Of course, it could create problems down the road because there’s too much concentration on the mortgage loan,” she noted. “We’re not there yet because this (household loans) is only 30-plus percent of Chinese banks’ loan books.”

Chinese household debt-to-GDP rose to 47 percent in the second quarter of this year from 39 percent in the same period two years ago, according to the Bank for International Settlements.

Household loans as a proportion of overall China bank lending is expected to grow by a quarter this year, versus 7 percent growth for corporate loans, according to a Natixis report. The bad loan ratio of household debt is significantly lower than it is for businesses.

Short-term household lending is “one area of banks’ business they’ve been able to keep growing and which regulators have been supportive of,” said Evans-Pritchard.