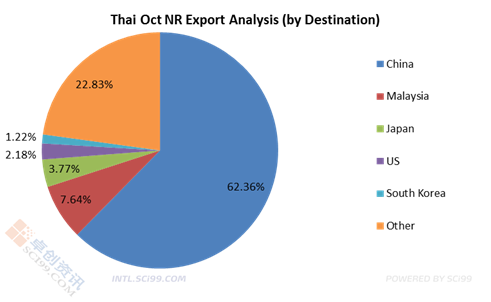 According to the data newly-released by the Thai customs, the Thai Oct NR export volume was 452kt (including NR latex and mixed rubber), up 7.58% M-O-M and up 22.41% Y-O-Y. The NR export volume in October increased notably from September. As the rubber price decrease in end-September stimulated the replenishment sentiment of the downstream users and foreign traders, the Thai NR export volume rose greatly.