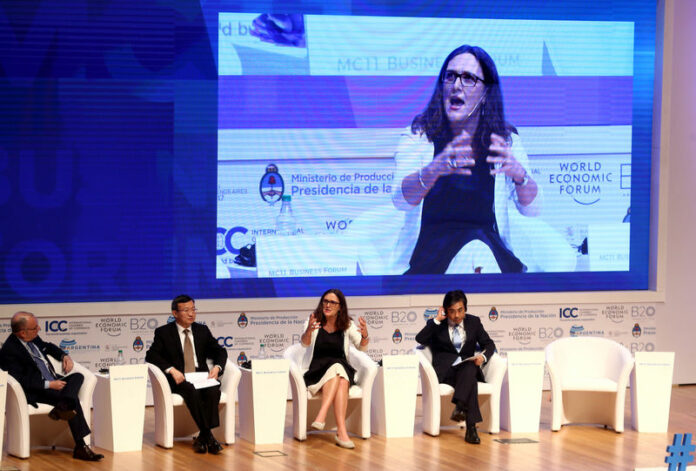 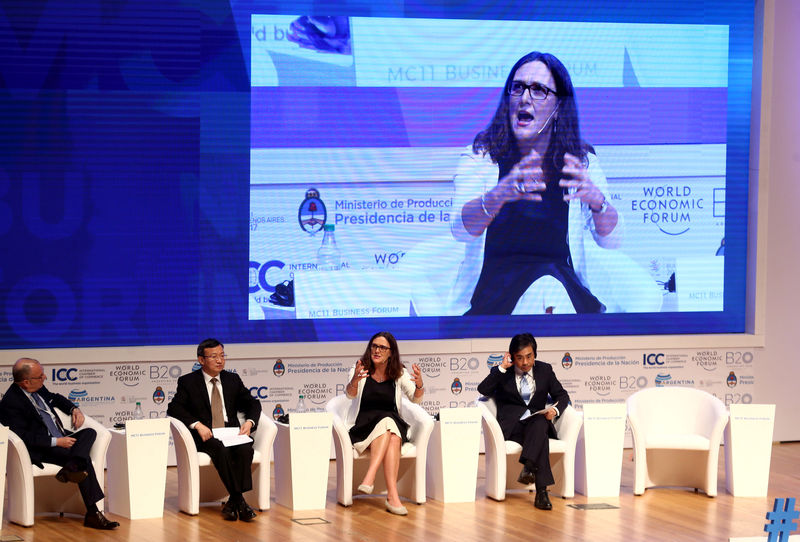 By Eliana Raszewski and Luc Cohen

In a joint statement that did not single out China or any other country, the three economic powers said they would work within the World Trade Organization and other multilateral groups to eliminate unfair competitive conditions caused by subsidies, state-owned enterprises, “forced” technology transfer and local content requirements.

The move was a rare show of solidarity with the United States at a World Trade Organization meeting dominated by differences over U.S. President Donald Trump’s “America First” trade agenda and U.S. efforts to stall the appointment of WTO judges.

It reflected growing frustration among industrial countries over China’s trade practices, along with concerns that other developing countries will follow Beijing’s lead.

The statement said protectionist practices “are serious concerns for the proper functioning of international trade, the creation of innovative technologies and the sustainable growth of the global economy.”

“There’s no secret that we think that China is a big sinner here, but there are other countries that are as well,” Malmstrom told reporters on the sidelines of a business forum.

In the opening session of the World Trade Organization (WTO) ministerial conference in Buenos Aires on Monday, the United States and Japan criticized a lack of transparency in some WTO members’ trade practices, a thinly veiled swipe at Beijing.

China, meanwhile, appealed for members to “join hands” and uphold WTO rules to protect globalization in the face of rising protectionism.

The joint statement came after Japan approached the European Union and the United States about overcapacity, according to an EU source, with both Tokyo and Brussels concerned about the possibility the Trump administration could act unilaterally.

“There is a thought that if we bring them into the fold, and can work jointly with them, then it reduces the risk of them going alone,” the source said.

‘PLAY BY THE RULES’

Washington, Brussels and Tokyo have previously raised complaints about China’s excess production capacity in a number of industrial sectors that has pushed down world prices and caused layoffs elsewhere.

The United States recently sided with the EU in arguing that such distortions mean the WTO should not grant China market economy status, a move that would severely weaken their trade defenses.

“We have been…reaching out to China to tell them they really must start playing by the rules,” Malmstrom told reporters.

The EU’s and Japan’s willingness to cooperate with the Trump administration comes despite disagreements over the role of the WTO and the future of multilateral trade deals.

Trump has expressed his preference for bilateral negotiations, and his trade rhetoric has cast a cloud over the WTO meeting.

Efforts on Tuesday to make progress on a ministerial statement from all 164 WTO members were unsuccessful since one country could not agree on the language, WTO spokesman Keith Rockwell told reporters, declining to name that country.

U.S. officials last month blocked WTO efforts to draft a statement of unity over the “centrality” of the global trading system and the need to aid development.. A USTR spokeswoman could not be immediately reached for comment.