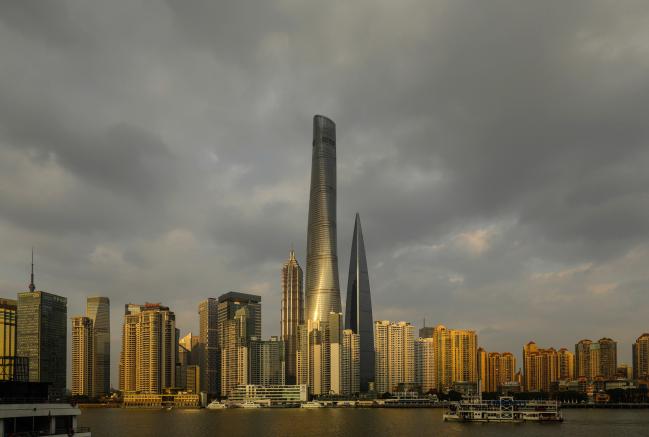 World’s Second-Tallest Building Opens With a Whimper After Delay

(Bloomberg) — After more than two years of red tape that kept tenants from moving in, China’s tallest skyscraper, the Shanghai Tower, has been quietly opening and filling office space.

More than 60 companies now occupy office space on its 128 floors — including some big names in China finance, such as Ant Financial, controlled by Alibaba (NYSE:) Group Holding Ltd.’s billionaire founder Jack Ma. The building’s basement burger joint, Fatburger & Fatbar, is positioning itself as a go-to spot for after-work drinks.

But don’t expect a party — despite the $2.4 billion building being the most expensive ever built in China, its boast of being the second-tallest in the world, having the world’s fastest elevator and some of the world’s most advanced architectural software and technology.

“We’d like to keep a low profile,” said Cheng Luo, a spokeswoman for the tower. “We don’t plan to have a grand opening celebration even if all things are ready because we’ve been exposed too much to the public.”

The 632-meter (2,073-foot) skyscraper was supposed to open in mid-2015. But its size and complexity caused delays in clearing fire safety regulations, partly because no building codes existed for some of its features — despite China’s rapid pace of development and push to champion Shanghai as a global financial center.

“China’s very much interested in promoting itself throughout the world in its embrace of economic growth and global capitalism,” said Jason Barr, an economics professor at Rutgers University in New Jersey who researches real estate. “Implicit in the tower is that China’s economic and political system is just as strong as Western-style capitalism.”

The complexity of the tower, with its twisting double skin designed to reduce sway in the wind plus its fire-proof elevators, shows how China’s regulations are struggling to keep up with the pace of technological development. Industries from aerospace to construction and military hardware are adopting and even inventing some of the world’s most advanced systems, yet China’s regulatory bodies are often still hobbled by practices and rules created decades ago.

“There was a constant sort of push-pull during the project where we would design something for which there was no code, so we would need to write a code, and this went back and forth for nearly seven years,” said Dan Winey, chief operating officer of Gensler, the architectural firm that designed the tower. The new codes included the use of elevators for evacuation during a fire, a first for a high-rise building in China.

The observation deck opened to the public in April, but it wasn’t until June that it was cleared by fire safety authorities, according to state-owned Shanghai Municipal Investment (Group) Corp., one of the tower’s major investors. The building was declared officially completed on July 18.

Fatburger, with a mix of foreigners and Chinese, has a red-felt-topped pool table, seven beers on tap, and a bartender who can whip up frozen drinks. Other tower fare includes Hong Kong dim sum, Hainese chicken, Shanghai dumplings and Japanese ramen.

Ant Financial moved into three and a half floors at the end of March, becoming the largest tenant among the 34 occupied floors of office space. Munich-based Allianz (DE:) SE opened there in August, while insurer Lloyd’s of London Ltd. did in September. Fitch Ratings Ltd. said it opened its office in September last year, about four months before the Shanghai Tower announced that it had resolved fire-safety issues.

Other tenants include mostly financial services firms and law firms. A luxury hotel at the top, by a subsidiary of Shanghai Jin Jiang International Hotels (Group) Co., may not open until next year, Cheng said.

Changing attitudes toward urban development and several high-profile disasters in China have made authorities wary of high-density projects. In 2009, the Beijing Television Cultural Center caught fire after being hit by fireworks during the Chinese New Year holiday. In 2010, a high-rise apartment fire in Shanghai killed 58 people. And a 2014 New Year’s Eve stampede on Shanghai’s riverside Bund killed 36, prompting a review of safety practices.

High-rise blazes such as at Grenfell Tower in London this year, which killed dozens of people, and a 2015 New Year’s Eve fire at the Address Downtown Dubai hotel have highlighted the difficulty in evacuating tall buildings.

The Shanghai Tower’s design called for huge transparent open spaces between the glass and inner walls that created a safety hazard by potentially becoming channels for fire that could quickly ignite the entire building. An air gap was cited as one reason the Grenfell fire raged out of control. Architects in Shanghai put in a system of airlocks.

With the building at full capacity, it would take 2 hours and 18 minutes to evacuate, according to Gensler. If elevators are operational, it takes 1 hour and 48 minutes. The emergency elevator shafts are pressurized to keep out smoke and have a dual back-up power supply.

“It’s got to be absolutely safe,” said Gensler’s Winey. “Nobody wants to take the risk of anything going wrong.”

The Shanghai Tower’s twisting glass outer wall had never been tried on such a scale and required advanced modeling software, Winey said. Each of the more than 20,000 glass panels had to be painstakingly measured using lasers, which slowed construction, he said.

“The Shanghai Tower is kind of a global icon that represents China’s economic and financial strength,” said Barr from Rutgers. “It’s a way to show off the economic might of China as a whole and Shanghai as well.”