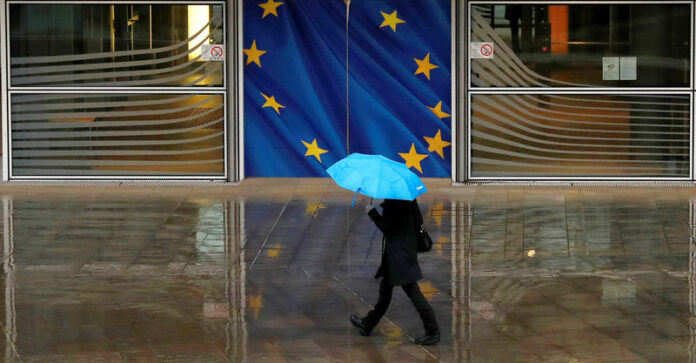 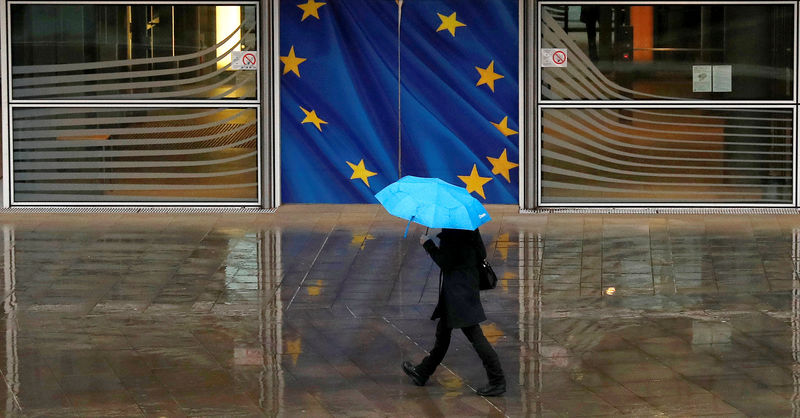 © Reuters. A woman holds an umbrella as she walks past the flag of the European Union outside the European Commission in Brussels, Belgium.

By Jan Strupczewski and Alastair Macdonald

BRUSSELS (Reuters) – EU negotiators look forward to trade talks with Britain next year once a Brexit divorce deal is endorsed by national leaders on Friday — but they also worry this might fray the united front states have shown so far in dealing with London.

Negotiations on trade will not start before March and the 27 EU governments will spend the time before that trying to balance priorities among themselves, diplomats say. They will then have a strong interest in boxing London in to the traditional kind of deal the EU has managed to reach with other countries.

Donald Tusk, who will chair Friday’s summit giving the green light to negotiating a free trade pact, underlined that in his invitation letter on Tuesday to the 27 leaders who will meet after British Prime Minister Theresa May has left Brussels.

“Again our unity will be key,” Tusk said after hailing the way in which British hopes of dividing continental neighbors to London’s advantage came to little as May broadly accepted the EU proposals put to her eight months ago.

“The experience so far has shown that unity is a sine qua non of an orderly Brexit.”

It was a statement of fact but also a warning shot across the bows as governments take stock of their own hopes for Brexit.

Britain’s closest neighbors, for example, in Ireland or the Low Countries have a powerful interest in keeping trade open. But that is of less consequence to, say, Slovenia or Romania, which nonetheless have other priorities in British relations.

Each EU government has a different set of national interests to defend in fixing terms for EU trade with Britain, each a different balance of manufacturers, farmers or bankers.

“But varying interests, levels of Brexit exposure, more vocal business sectors and different opinions on the future architecture of the EU27 and Eurozone could create more unpredictability than seen so far.”

Leaders on Friday will ask Britain to provide details of what it wants in a future trade deal. Brexit Secretary David Davis has described his goal as a superior form of the ambitious free trade agreement (FTA) the EU signed with Canada last year.

Davis called it “Canada Plus Plus Plus”, although EU officials warn that it very much depends on what he means by “plus” as to whether that is attainable. Closer security and defense ties with Britain alongside free trade are on offer.

But Brussels will be much cooler on offering better access than Canada has to British services firms, including banks, senior EU officials and diplomats say.

Restricting trade negotiations to more traditional models, which focus mainly on commerce in goods, has the advantage, diplomats say, of keeping the internal EU bargaining on which terms to offer on which sectors on familiar ground.

“If it’s a fairly standard FTA then (EU unity) shouldn’t be a big problem, because in this case we can build on templates and services are largely out,” one EU diplomat said, adding that this was a reason why the EU has already ruled out negotiating on sectoral deals, such as special terms for the car industry.

A second diplomat said the EU-27 have the advantage of going in to the second phase of Brexit talks convinced that unity has served them well so far and that Britain is in a tight spot to get any outline trade deal before leaving the EU in 15 months.

And, he added, the EU has a good track record of balancing various national and sectoral interests in trade deals — he cited how it kept united when clinching a major new accord with Tokyo which favored French agricultural exports to Japan at the expense of German carmakers cheaper imports from there.

“Talk about a potentially divisive trade-off,” he said. “But it was done without much commotion … I think we should be optimistic that we can do the same here.”