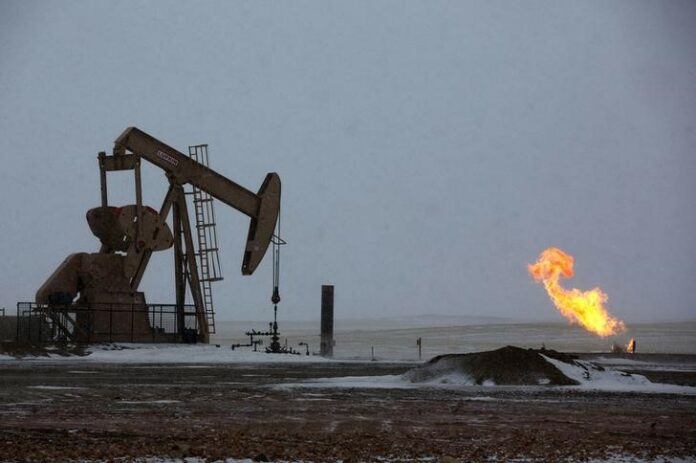 Investing.com – Crude oil prices rebounded in Asia on Wednesday after industry estimates of inventories came in more bullish than expected and the investors looked for more tightness in global trade.

On the New York Mercantile Exchange crude futures for January delivery rose 0.72% to $57.55 a barrel, while on London’s Intercontinental Exchange, inched up 0.06% to $63.8 a barrel.

Investors expected a 3.759 million barrels drop in crude supplies and a 902,000 build in distillates and a 2.457 million barrels build in gasoline. The estimates from API are followed on Wednesday by official figures from the Energy Information Administration.

Inventories at the oil storage hub of Cushing, Oklahoma, fell by 2.7 million barrels.

Overnight, oil prices settled lower on as traders appeared to take profits on Monday’s rally amid reports offering clarity on the duration of the Forties pipeline shutdown.

Reports on Tuesday, offering clarity on the expected downtime of the Forties pipeline forced traders to take profits on Monday’s rally in oil prices.

“We’re estimating just now between two and three weeks,” Andrew Gardner, chief executive of the Ineos Forties Pipeline System said when asked how long the system was likely to be down. The pullback in oil prices comes as investors continued to fear that the widening Brent-WTI spread would boost demand for US exports, encouraging producers to ramp up output.