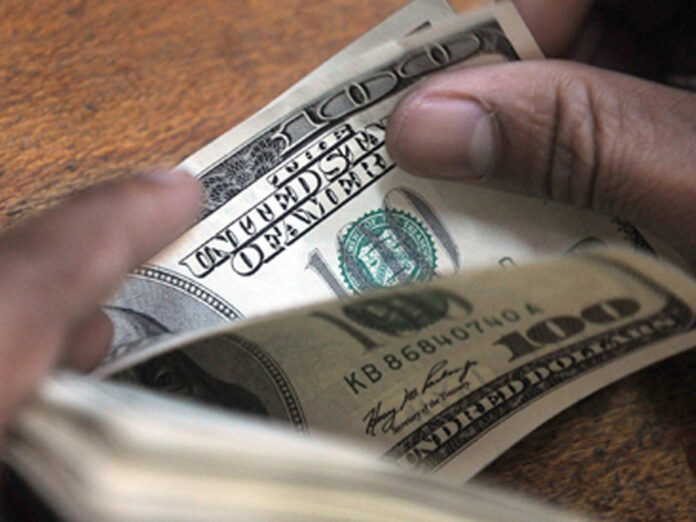 NEW YORK: The US dollar fell after the Federal Reserve raised interest rates in a widely expected move, but left its rate outlook for the coming years unchanged.

Officials acknowledged in their latest forecasts that the economy had gained steam in 2017 by raising their economic growth forecasts and lowering the expected unemployment rate for the coming years.

The Fed projected three more hikes in each of 2018 and 2019 before a long-run level of 2.8 percent is reached. That is unchanged from the last round of forecasts in September.

“The downward move in the dollar is interesting and notable in the sense that the only dovish thing I see in this meeting is the two dissents,” said Erik Nelson, a currency strategist at Wells Fargo in New York. “Maybe only one was expected.”

“If you look at the rest of the assessment from officials in terms of the statement and projections, they seem either unchanged or shifting to a slightly more hawkish direction. What that signals to me is that markets were maybe expecting something even more hawkish,” Nelson added.

The greenback had weakened earlier on Wednesday after core consumer price data showed slowing inflation, raising concerns the Fed will be less able to execute multiple rate increases next year.

“The focus is on the core measure of inflation, that came in weaker than the market expected,” said Vassili Serebriakov, a foreign exchange strategist at Credit Agricole in New York. “It also supports our view that the Fed will be fairly gradual next year.”

The US bond market is pricing in only two rate increases next year.