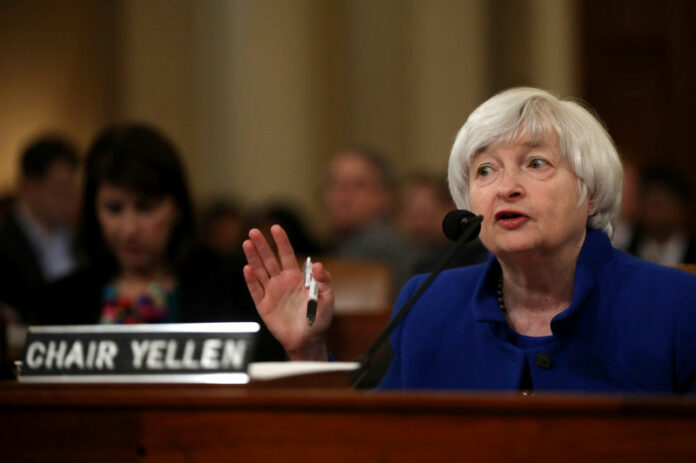 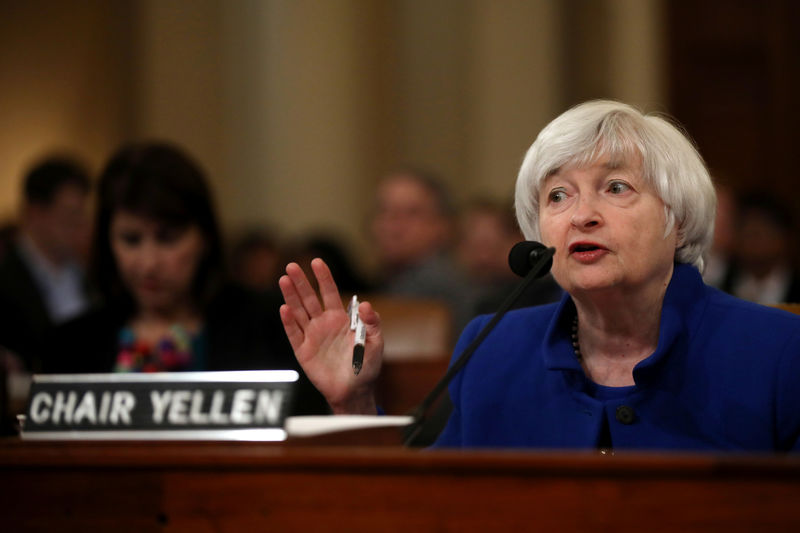 By Howard Schneider and Lindsay Dunsmuir

WASHINGTON (Reuters) – The Federal Reserve raised interest rates by a quarter of a percentage point on Wednesday, as anticipated, but left its rate outlook for the coming years unchanged even as policymakers projected a short-term acceleration in U.S. economic growth.

The move, coming at the final policy meeting of 2017 and on the heels of a flurry of relatively bullish economic data, represented a victory for a central bank that has vowed to continue a gradual tightening of monetary policy.

Having raised its benchmark overnight lending rate three times this year, the Fed projected three more hikes in each of 2018 and 2019 before a long-run level of 2.8 percent is reached. That is unchanged from the last round of forecasts in September.

“Economic activity has been rising at a solid rate … job gains have been solid,” the Fed’s policy-setting committee said in a statement announcing the federal funds rate had been lifted to a target range of 1.25 percent to 1.50 percent.

Officials acknowledged in their latest forecasts that the economy had gained steam in 2017 by raising their economic growth forecasts and lowering the expected unemployment rate for the coming years.

Gross domestic product is expected to grow 2.5 percent in 2018, up from the 2.1 percent forecast in September, while the unemployment rate is seen falling to 3.9 percent next year, compared to 4.1 percent in the last set of projections.

But inflation is projected to remain shy of the Fed’s 2 percent goal for another year, with weakness on that front remaining enough of a concern that policymakers saw no reason to accelerate the expected pace of rate increases.

That means that the Trump administration’s tax overhaul, if passed by Congress, would take effect without the central bank having flagged any likely response in the form of higher rates or concerns of a jump in inflation.

Policymakers do see the federal funds rate rising to 3.1 percent in 2020, slightly above the 2.8 percent “neutral” rate they expect to maintain in the long run. That indicates possible concerns about a rise in inflation pressures over time.

As it stands, inflation is expected to remain below the Fed’s target in the near term and is being monitored “closely” by policymakers.

The Fed also said that, as of January, it would raise the amount of Treasury bonds and mortgage-backed securities that it would not reinvest on a monthly basis to $12 billion and $8 billion, respectively. That is consistent with its balance sheet reduction plan.