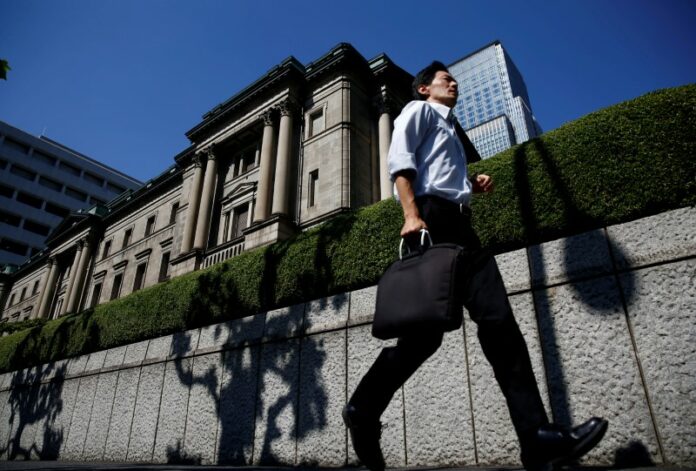 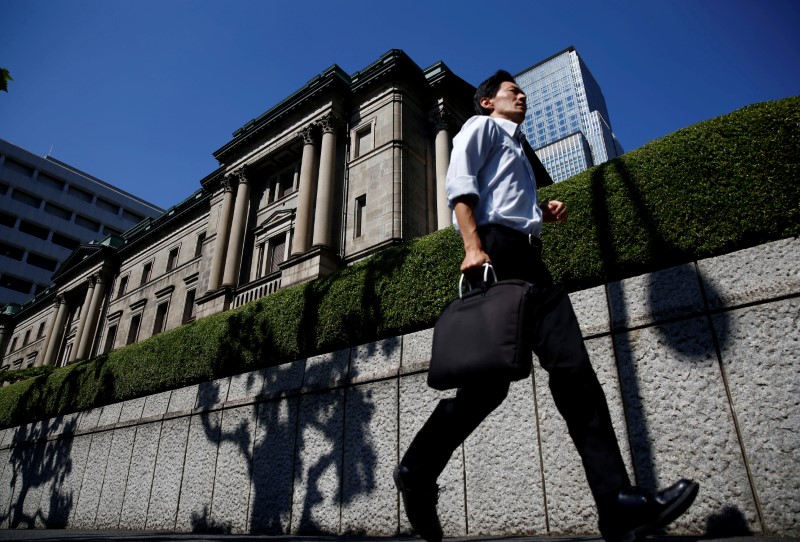 © Reuters. FILE PHOTO – A man runs past the Bank of Japan (BOJ) building in Tokyo

TOKYO (Reuters) – Economists fear that the Bank of Japan’s ultra-low interest rates could hurt banks’ ability to do business if they are kept too long, a Reuters poll found on Wednesday.

BOJ Governor Haruhiko Kuroda flagged this possibility when he referred in November to a “reversal rate,” or the level where central bank rate cuts can hurt the economy by squeezing banks’ lending margins to a level where they lose interest in making loans.

Last week, Kuroda signaled the BOJ may edge away from its crisis-mode stimulus by warning of the risk that heavy stimulus could undermine regional banks’ health.

“Banks’ profitability in their main business has been squeezed and regional financial institutions may go bankrupt if the current monetary policy continues for another few years,” said Takeshi Minami, chief economist at Norinchukin Research Institute.

The poll found 17 of 35 economists said recent comments by BOJ board members on the reversal rate would not influence monetary policy. But 13 respondents, or about a third, believe such talk suggests the central bank refrain from additional easing.

“I think a broad discussion will help explore flexible possibilities in an exit strategy,” he said in the poll.

At its October meeting the BOJ maintained a pledge to guide short-term interest rates to minus 0.1 percent and 10-year bond yields around zero percent.

Median forecasts in the poll found the BOJ will keep both short-term rates and the 10-year bond yield target unchanged at least until the second half of 2019.

Most economists surveyed said the BOJ would start scaling back its stimulus in late 2018 or after.

Japan’s economy is on its second-best stretch of uninterrupted post-war growth thanks to robust overseas demand. If this expansion continues to January 2019 it would be longest run of growth on record.

“We don’t expect the economy will go into recession as our main scenario,” said Hidenobu Tokuda, senior economist at Mizuho Research Institute.

“But there is a chance that could happen if there are economic shocks abroad, or if the overseas economy slows down at the same time as a drop in demand after the planned sales tax hike (in 2019) or after the (2020) Olympic Games.”