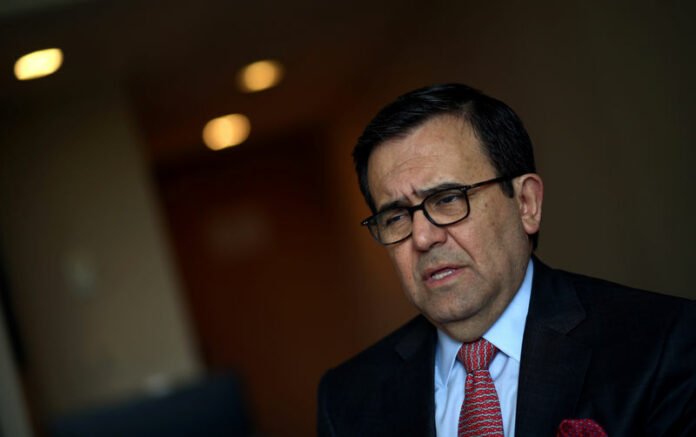 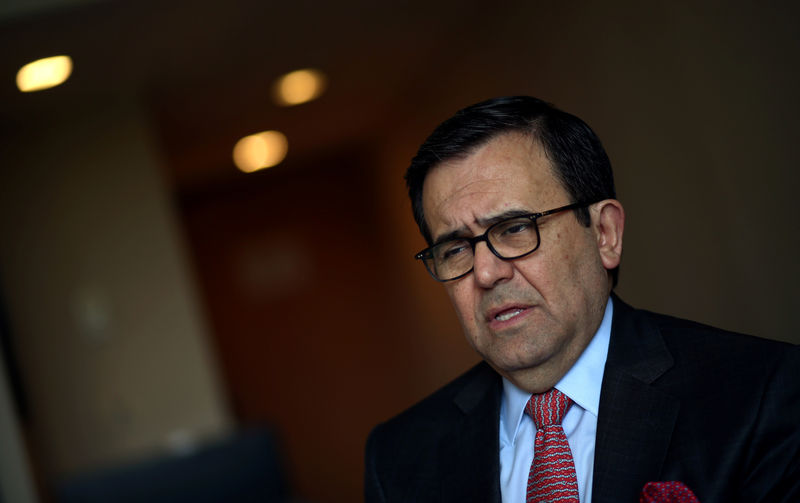 © Reuters. Mexico’s Economy Minister Guajardo speaks during an interview with Reuters at the 11th WTO’s ministerial conference in Buenos Aires

BUENOS AIRES (Reuters) – Mexico and the European Union could reach a framework for a trade deal by the end of the year, though differences remain over agricultural market access, Mexican Economy Minister Ildefonso Guajardo said on Wednesday.

The two sides are currently in technical meetings and preparing for higher-level talks in Brussels next week, said Guajardo, who noted that efforts to renegotiate the North American Free Trade Agreement (NAFTA) remained hung up on a U.S. proposal to increase North American content in autos.

Mexico has been aiming to reduce its reliance on U.S.

imports and exports since the election of U.S. President Donald Trump and the start of the NAFTA talks.

“There is a possibility, but not a guarantee” of an “agreement in principle” by year-end, Guajardo said of an EU deal during an interview on the sidelines of the World Trade Organization ministerial conference in Buenos Aires

“That will depend on the technical discussions that the teams are having in Brussels to see if there are conditions to get the ministers together and close it out.”

Mexico and the 28-member bloc have an existing accord dating to 2000 that principally cut tariffs on industrial goods. The two parties agreed in 2015 to modernize their trade relations and held various rounds of talks last year.

The negotiations come as the EU seeks to signal its rejection of Trump’s more protectionist stance. It signed the world’s largest free trade accord with Japan last week, and is in talks with South American bloc Mercosur.

Mexico and the EU have reached agreements on areas like e-commerce, but agricultural market access and product origin labeling remain significant sticking points. The two sides have also not yet agreed on a mechanism for resolving investment disputes, Guajardo said.

“There are few items left, but they are significant,” he said.

Talks to rework NAFTA – which comprises the United States, Mexico and Canada – remain at an impasse over the U.S. proposal to raise the minimum threshold for North American content in autos to 85 percent from 62.5 percent over a three-year period.

Guajardo said Mexico was still “having difficulty seeing how this is possible.” But he said the government was discussing the degree and timeframe of possible changes to content percentages with the Mexican automobile parts industry.

“The goal is to have significant advances in the first quarter of 2018,” Guajardo said.