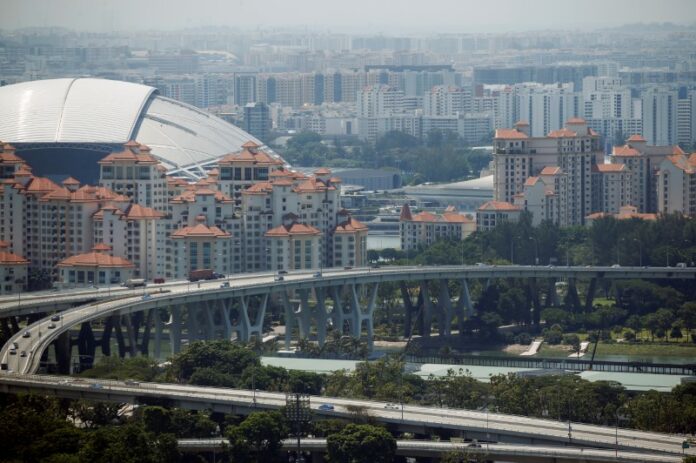 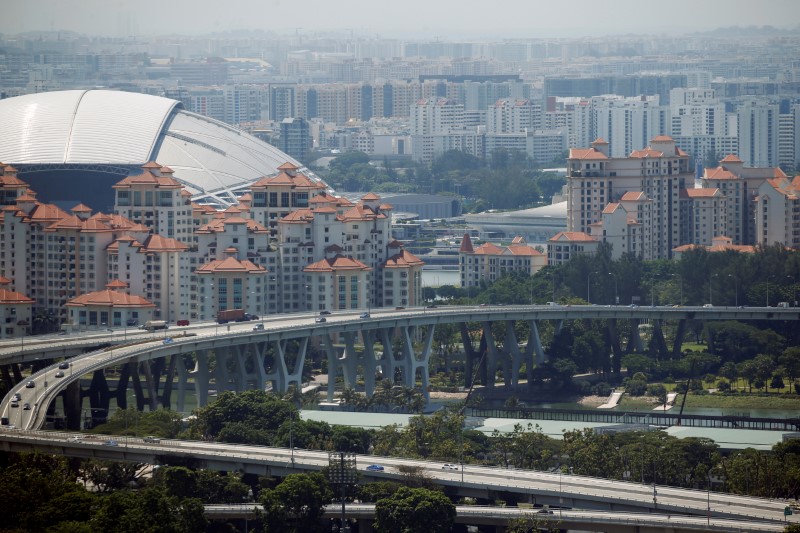 © Reuters. A general view of private condominiums and public housing estates in Singapore

SINGAPORE (Reuters) – Singapore slightly lowered the amount of land it plans to sell for private housing in the first half of 2018 as the government seeks to strike a balance between a potential future glut of residential units and current demand from developers.

The market has been awaiting the Ministry of National Development’s (MND) biannual decision on government land sales (GLS) as hungry developers have been aggressively bidding for sites in public auctions and collective sales.

The MND recognized there was strong demand for sites by real estate developers, and a pick-up in transaction volumes. But it said there was large potential supply of around 20,000 units from awarded en-bloc sale and GLS sites that will add to 18,000 unsold units that already have planning approval.

“Taken together, the total supply in the pipeline, including the units from the 1H2018 GLS Program, will be adequate to meet the purchase demand for new private housing from home buyers over the next 1-2 years,” it said in a statement.

The 2018 program will consist of 2,775 units through six confirmed list sites, which are launched regardless of demand. The list includes one site for executive condominiums, which are considered a hybrid of public and private housing, that could yield 450 units.

The government placed 5,270 private housing units on eight reserve list sites, which will only be put up for tender if a developer’s minimum bid price is deemed acceptable. This includes two sites for executive condominiums.

The amount is lower than the nine private residential reserve list sites in the second half of 2017.

Alice Tan, head of research at real estate services firm Knight Frank, Singapore, said the GLS, in terms of number of potential private housing units, was lower than her expectations.