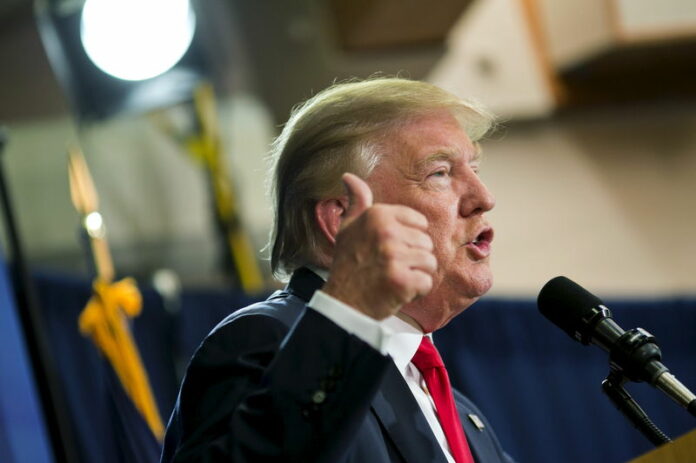 (Bloomberg) — Senate and House negotiators are very close to a deal on compromise legislation to overhaul the nation’s tax code, President Donald Trump said Wednesday, teeing up a push by Republicans to get the bill signed into law before Christmas.

Trump said that passage of the bill would be a “historic” victory and that Republicans are “very, very close” to an agreement as he met with congressional negotiators at the White House.

Republican lawmakers reached a deal in principle on the legislation earlier on Wednesday, a person familiar with the matter said. But the bill’s advance is clouded by the result of the Senate special election in Alabama, where Trump suffered an embarrassment on Tuesday after the candidate he backed, Republican Roy Moore, lost to a Democrat.

The Senate’s top Democrat, Chuck Schumer of New York, on Wednesday called for Majority Leader Mitch McConnell to delay a vote on the tax bill until Doug Jones, the Democrat who defeated Moore, is seated. That would reduce the GOP’s majority in the Senate to 51-49.

Instead, Republicans hope to vote on the bill in the next week while they wait for Alabama officials to certify the result of the election, and while they can still afford two defections by Senate Republicans. That would provide Trump, who has yet to sign a major piece of legislation, a much-needed political victory — even though polls show the legislation is unpopular among most Americans because independent analyses have shown it would mainly benefit the wealthy.

Trump said he hopes to sign the bill “in a very short period of time” and that it’s “very important for the country” that Congress vote on it next week.

The compromise bill is expected to set the U.S. corporate income tax rate at 21 percent, effective in 2018, according to a Republican official who asked not to be named because the discussions are private. The top federal corporate rate is now 35 percent, and Trump had insisted it should be no higher than 20 percent, but gave ground on that position earlier this month.

“I would,” Trump said, “We’re going to see where it ends up but I said that already. It’s at 35 right now so if it got down to 21 I would certainly, I would be thrilled.”
“We haven’t set that final figure yet, certainly 21 is a very great success,” he added.

“I’m just very excited by” the bill, he said. “This is one of the biggest pieces of legislation ever signed by this country.”

Lawmakers are also leaning toward keeping the estate tax, the official said. Both chambers called for doubling exemption limits for the tax, but the House bill calls for its full repeal in 2025. Negotiators are also planning to set a top individual tax rate of 37 percent–a reduction from the current 39.6 percent and a lower rate for high-income filers than in either the Senate of House versions of the overhaul, according to the official

The mortgage deduction limit would drop to $750,000 from the current $1 million, according to the official.