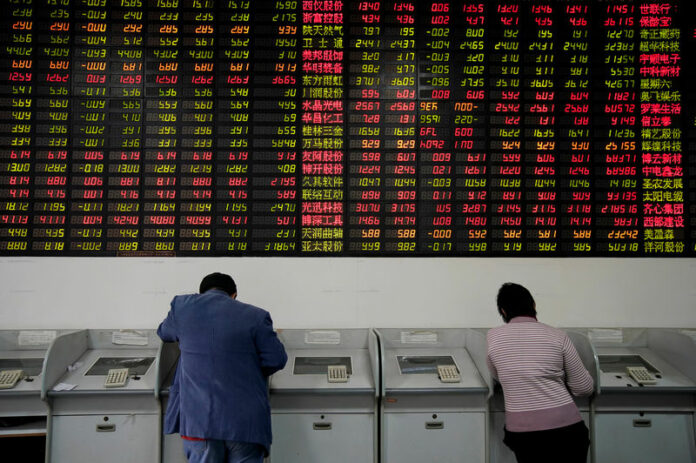 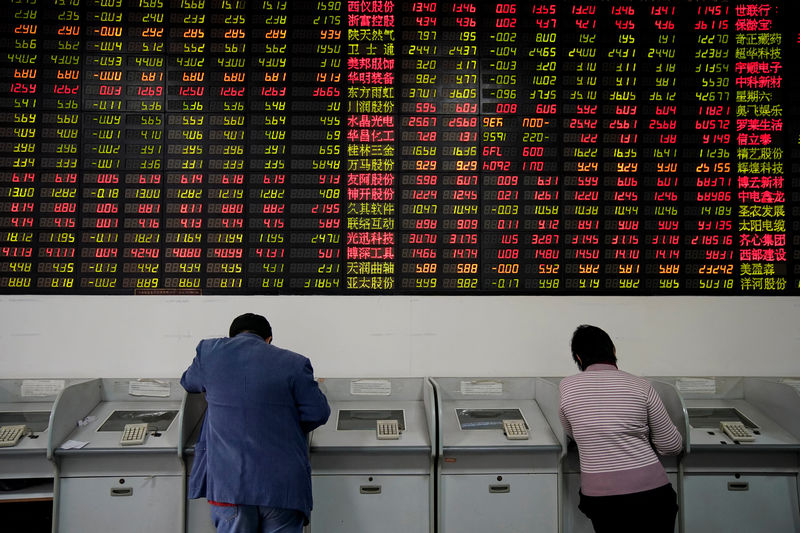 TOKYO (Reuters) – Asian stocks generally rose on Thursday after the Federal Reserve delivered a much-anticipated interest rate hike, while its caution on inflation tempered expectations for 2018 tightening, weighing on the dollar and Treasury yields.

As long expected, the Fed raised rates for the third time this year on Wednesday, and it stuck to its projection for three rate increases next year.

But the policy tightening was accompanied by concerns about low inflation, toning down expectations for policy tightening in 2018. The Fed projected inflation to remain shy of its goal for another year, giving policymakers little reason to accelerate the expected pace of rate increases.

“The key takeaway from the Fed meeting was the degree of concern shown toward low inflation, which likely led to two dissenting votes,” said Junichi Ishikawa, senior FX strategist at IG Securities in Tokyo.

“The 10-year Treasury yield fell sharply on the Fed’s stance and lackluster U.S. CPI, which shows that the markets don’t necessarily see the Fed hiking rates three times in 2018.”

After dropping nearly 6 basis points overnight, the 10-year Treasury yield () crawled up about a basis point to 2.3654 percent.

The against a basket of six major currencies was steady at 93.425 () after sliding about 0.7 percent on Wednesday to pull away from a one-month top of 94.219 set on Tuesday.

The Fed’s less hawkish statements supported MSCI’s broadest index of Asia-Pacific shares outside Japan (), but by afternoon its gain had been pared to 0.15 percent.

China’s yuan was firmer and Shanghai shares () were lower after the People’s Bank of China hiked the reverse repo rate and the one-year medium-term lending facility (MLF) rate by 5 basis points as Beijing seeks to prevent destabilizing capital outflows without hurting economic growth.

“Five basis points is not going to make that much of a difference. But it is an important symbolic message in the right direction, that rates are going higher,” said Heng Koon How, head of markets strategy for United Overseas Bank in Singapore.

The European Central Bank is expected to stand pat on monetary policy when it announces a decision later in the global day, but investors will eye President Mario Draghi’s views on the euro zone economy for potential incentives.

Prime Minister Theresa May’s government suffered a defeat on Wednesday, when lawmakers forced through changes to its Brexit blueprint that ministers said could endanger Britain’s departure from the European Union. Lawmakers voted in favor of an amendment to the EU withdrawal bill giving parliament more say over any final exit deal.