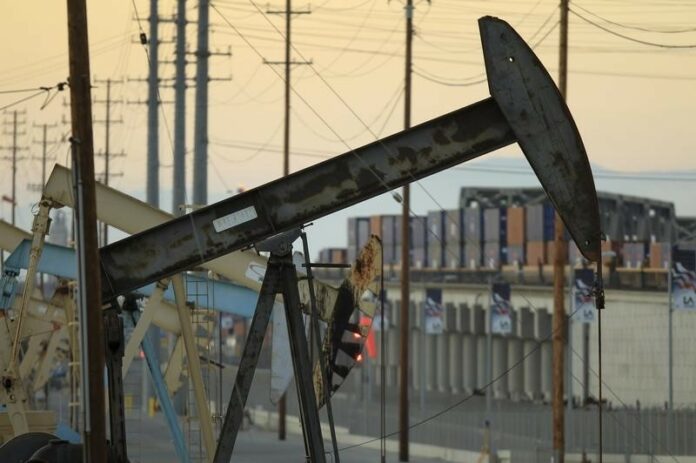 Investing.com – Oil prices showed mixed trade on Thursday after two-straight sessions of declines as market participants continued to weigh the battle between the Organization of the Petroleum Exporting Countries’ (OPEC) attempts to curb global supply while U.S. shale producers continued to ramp up output.

Also weighing on crude prices was a rise in production to record highs as data showed weekly U.S. crude production jumped by 73,000 barrels a day to 9.78 million barrels per day (bpd), bringing output close to levels of top producers Russia and Saudi Arabia.

The U.S. report came after OPEC revealed in its monthly report that production in November, fell by 133,000 bpd to 32.5 million bpd but revised upward its 2018 forecast for non-OPEC output.

Supporting bulls, reports out on Thursday pointed to the rumors that OPEC along with other non-OPEC producers led by Russia may be considering output cuts beyond the current timeframe which sees curbs until the end of 2018. The group agreed on the nine-month extension to the end of next year in a decision only just made in a gathering at the end of November.

However, concern remains that current prices will give U.S. shale companies sufficient reason to ramp up production to fill in the gaps, offsetting attempts to rebalance markets. OPEC’s monthly report highlighted that production outside the cartel is “associated with considerable uncertainties”. U.S. oil supply is now expected to grow by 1.1 million bpd in 2018, an upward revision of 180,000 barrels, according to the report.

In the same line of thinking the International Energy Agency Thursday that there were signs that the ongoing rise in U.S. crude oil production was likely to continue into 2018 and upset rivals who are cutting back.

“We see that 2018 might not be quite so happy for OPEC producers,” the Paris-based organization said in its latest released on Thursday.

To also take into consideration for Thursday’s session, a weaker-than-expected reading on Chinese industrial production dampened sentiment overnight, although a strong refinery throughput helped keep hopes on the rise.