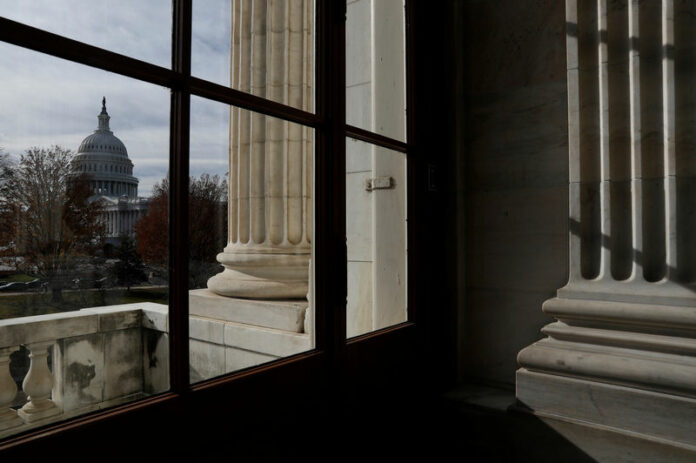 Do not expect postcard-sized tax return from Republican plan: experts 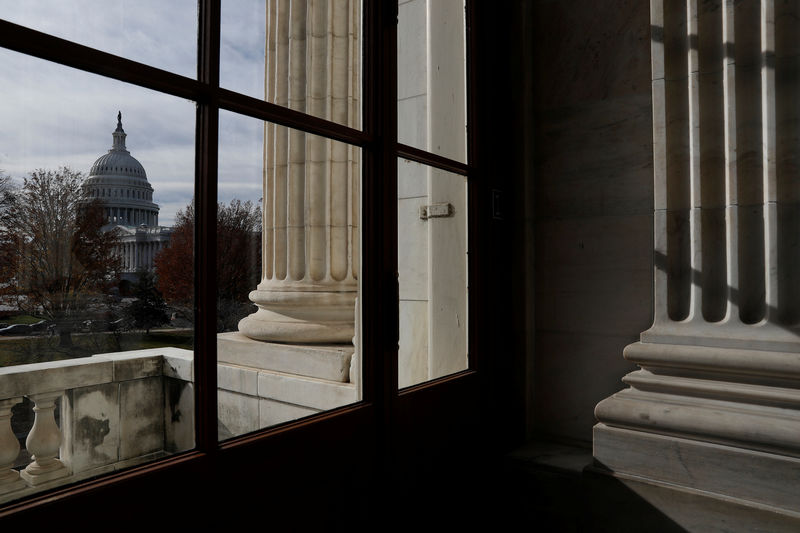 © Reuters. The Capitol Building is seen from Russell Senate Office Building in Washington

WASHINGTON (Reuters) – Since mid-2016, U.S. House Speaker Paul Ryan has carried around a “postcard” that he has said shows how easy it will be for Americans to file their taxes once Republicans are finished their tax overhaul.

And as recently as Thursday President Donald Trump touted Americans being able to “file their taxes on a single, little beautiful sheet of paper.”

With lawmakers finalizing the biggest tax reform in 30 years and the president ready to sign it into law before the end of the year, the moment should be near when Ryan’s postcard stops being a rhetorical prop and becomes a reality. Right?

“It’s kind of crazy to say you can file on a postcard when, first, no one is going to put their Social Security number on a postcard. And second, you already have a giant postcard in the form of the 1040EZ,” Mazur said, citing a 14-line Internal Revenue Service (IRS) tax form.

Representatives from the $11 billion U.S. tax preparation industry said that the legislation so far seemed unlikely to render their services unnecessary.

“I think the demise of the tax business is a bit premature.”

The IRS would not discuss changes that might come from the proposed tax overhaul.

However, the IRS estimates that, despite its efforts to make filing taxes easier, 90 percent of Americans use tax preparation services such as Jackson Hewitt, H&R Block Inc (N:) and Liberty Tax Inc (O:) or tax software such as TurboTax from Intuit Inc (O:).

If Congress enacts the Republican plan into law, it would not affect 2017 tax-year returns filed in 2018. But in 2019, millions of middle-class Americans would no longer gain from a wide range of deductions, credits and other tax breaks.

A key driver of this, according to independent analyses, would be a proposed doubling of the standard deduction and a curtailment of the deduction for state and local tax payments.

In combination, these two changes would mean that about 29 million people would no longer benefit from itemizing. So they would stop writing off their charitable donations, mortgage interest and state and local tax payments, according to the Institute on Taxation and Economic Policy, a think tank.

Itemized deductions for medical expenses, investment interest, unreimbursed employee expenses and tax preparation fees could also be dropped by many.

Personal exemptions for individual taxpayers, which now take up a lot of space on tax forms, would also be eliminated.

Such changes would mean simpler taxes and possibly allow a number of taxpayers to use shorter forms. The IRS expects 24 million people in 2018 to file the longest and most widely used IRS form today, the Form 1040, which is 79 lines long. About 4.6 million people will use the 14-line 1040EZ.

Wealthy Americans likely would still itemize under the Republican plan. Owning businesses, homes and other factors could also lead to taxes being more complicated than what filers could describe on a postcard.

“Even though we’re talking about simplification for a large number of taxpayers, there’s still many taxpayers who will have complicated tax situations and we’ll be there to help them as well,” said David Williams, chief tax officer for TurboTax.