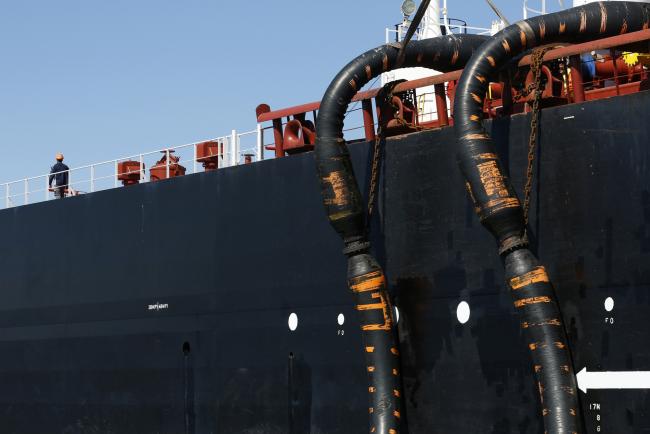 Oil Peeks Above $57 a Barrel Amid Conflicting Signals on Glut

(Bloomberg) — Crude rose after one of the most-influential voices in world oil markets issued mixed signals about the direction of supply and demand.

Futures closed 0.8 percent higher in New York. The International Energy Agency increased its forecast for 2018 production by nations outside the OPEC cartel even as it expressed confidence the Saudi Arabia-led group will significantly curb a global oversupply. Traders were also confronted with swelling U.S. gasoline stockpiles amid a four-week slide in American crude inventories.

“You’ve got a mixed bag of data frankly,” said Bill O’Grady, chief market strategist at Confluence Investment Management in St. Louis. The U.S. supply tally “was pretty bullish for crude but you are seeing this really impressive build in gasoline.”

The U.S. benchmark has averaged more than $57 since the end of November, when the Organization of Petroleum Countries, along with Russia and other major suppliers, agreed to extend production curbs through the end of 2018. Crude inventories in developed nations, the cartel’s key metric for assessing oversupply, have fallen to their lowest level since July 2015, the IEA said. In the North Sea, an important source of crude, Ineos Group declared force majeure on its Forties Pipeline System after discovering a hairline crack that forced it to halt oil shipments.

The Paris-based IEA’s decision to lift its supply forecast means “near-term, markets look a little bit more bearish,” Michael Loewen, a commodities strategist at Scotiabank in Toronto, said by telephone. Yet, “longer term, 2018 looks much more compelling than even 2017 did in terms of balancing.”

West Texas Intermediate for January delivery rose 44 cents to settle at $57.04 a barrel on the New York Mercantile Exchange.

for February settlement added 87 cents to end the session at $63.31 on the London-based ICE Futures Europe exchange. The global benchmark crude traded at a premium of $6.23 to February WTI.

“On our current outlook, 2018 may not necessarily be a happy New Year for those who would like to see a tighter market,” the IEA, which advises most major nations on energy policy, said in its report on Thursday. “Total supply growth could exceed demand growth.”

Goldman Sachs Group Inc (NYSE:). said big oil companies will find themselves with a surplus of cash in 2018, while the latest U.S. government data showed domestic weekly crude production at a record 9.78 million barrels a day. Gasoline stockpiles jumped by 5.66 million barrels last week to the highest level since September.