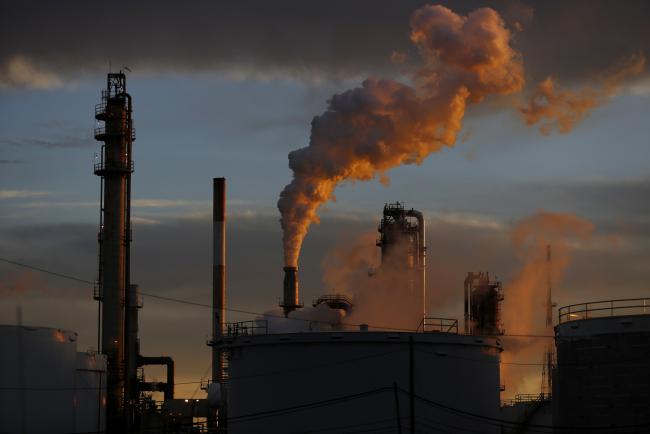 (Bloomberg) — Oil was on course for its third weekly gain this month as the cratering value of the U.S. currency elevated demand for dollar-denominated commodities when spare crude supplies already were shrinking.

inched 0.4 percent higher on Friday in New York, pushing the weekly advance to 3.9 percent. The dollar was poised for its worst weekly performance in 10 months amid concerns about anemic U.S. economic growth. Crude stowed in U.S. tanks and terminals has never been in more demand, as evidenced by the record, 10-week drawdown on American inventories.

Oil traders are reacting to “U.S. dollar movements,” Eric Nuttall, a portfolio manager with Ninepoint Partners LP in Toronto, said in a phone interview. “I’m encouraged that oil is better reflecting underlying fundamentals and an under-supplied market relative to last year, where it seemed to ignore those improving fundamentals for much of the year.”

Oil traded in New York is on track for its strongest January performance in 12 years as the Organization of Petroleum Exporting Countries, Russia and other major producers pressed on with supply caps amid robust demand. JPMorgan Chase & Co (NYSE:). expects London-traded crude futures to approach the $78 level by the beginning of the second quarter.

for March delivery added 34 cents to $65.85 a barrel at 9:59 a.m. on the New York Mercantile Exchange. Total volume traded was about 17 percent below the 100-day average.

for March settlement fell 3 cents to $70.39 on the London-based ICE Futures Europe exchange. The global benchmark crude traded at a premium of $4.50 to WTI.

The Bloomberg Dollar Spot Index, a gauge of the currency against 10 major peers, has declined about 1.7 percent this week.

“Oil prices face yet another weekly gain due to the weak U.S. dollar,” said Carsten Fritsch, an analyst at Commerzbank AG (DE:) in Frankfurt.