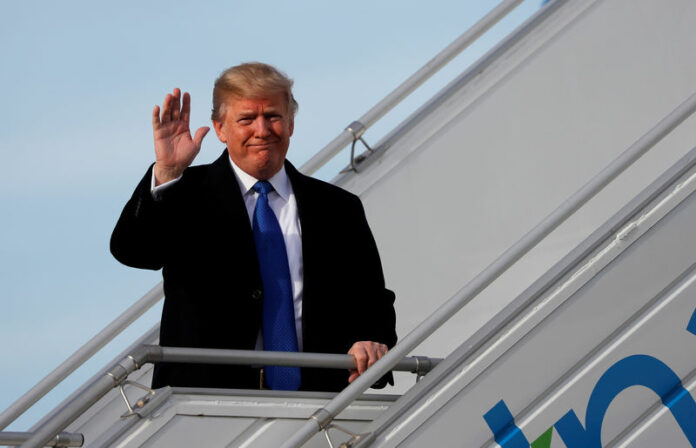 Trump offers ‘Dreamers’ a path to citizenship, insists on other immigration curbs 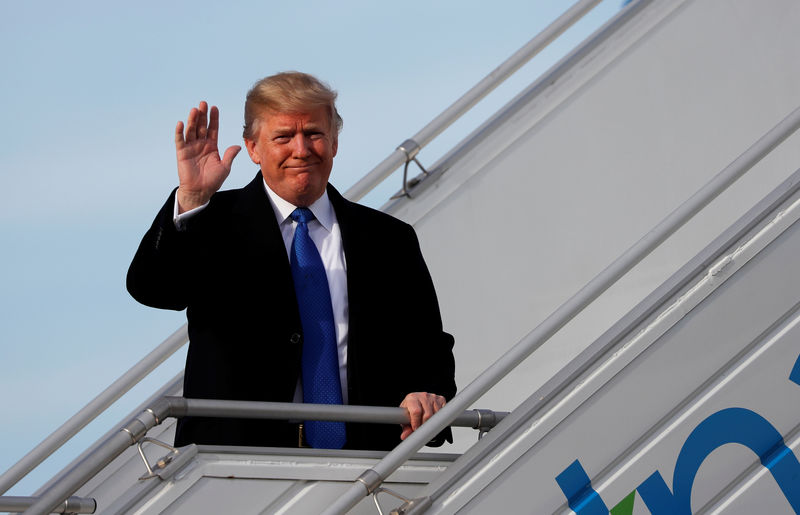 By Roberta Rampton and Susan Cornwell

WASHINGTON (Reuters) – U.S. President Donald Trump is prepared to support legislation that would open a path to citizenship for as many as 1.8 million “Dreamers,” young immigrants brought illegally to the country as children, senior White House officials said on Thursday.

The White House offered to more than double the number of people protected from deportation, describing it as a major concession aimed at attracting enough votes for an immigration deal from Democrats.

But the plan comes with significant strings attached to appeal to Republicans, including requirements to slash family sponsorship of immigrants, tighten border security and provide billions of dollars in funding for a border wall with Mexico that Trump made one of his major campaign promises.

The package was immediately panned by pro-immigration groups, which said the plan was a bad trade-off. It was also slammed by some conservative groups, which decried the expansion of “amnesty” for illegal immigrants.

Early reaction from Republicans in the Senate – where the plan may receive a vote in early February – was positive. Conservative Republican Senator Tom Cotton called the plan “generous and humane, while also being responsible.” Republicans narrowly control the chamber by 51-49 and need Democratic votes to pass legislation.

The fight over protections for Dreamers, which are set to expire in March, was part of the standoff between Republicans and Democrats in the Senate that resulted in a three-day government shutdown that ended on Monday.

They agreed to extend funding until Feb. 8, leaving a small window to come to a deal on immigration. Trump’s plan will help provide guidance for those talks, Republican Senate Majority Leader Mitch McConnell said in a statement.

Negotiations will be tough. Democratic Senator Dick Durbin, who has championed the cause of the Dreamers, said the plan put Trump’s “entire hardline immigration agenda – including massive cuts to legal immigration – on the backs of these young people.”

Trump, whose tough immigration stance was a key part of his 2016 presidential campaign, said in September he was ending the Deferred Action for Childhood Arrivals, or DACA, program for Dreamers that was created by Democratic predecessor Barack Obama.

The DACA protections apply to about 700,000 people, but White House officials said there were at least that many illegal immigrants who qualified for the program but did not sign up for it.

Officials said the 1.8 million people could apply to become citizens in 10 to 12 years providing they had jobs and did not commit crimes.

Trump’s plan would require Congress to set up a $25 billion “trust fund” to build a wall on the southern border with Mexico, and invest in better protections at the northern border with Canada.

Congress would have to allocate additional money to border guards and immigration judges, a figure that the Republican president pegged at $5 billion on Wednesday, but which White House officials said was up for further discussion.

The White House also wants Congress to change rules to allow for the rapid deportation of illegal immigrants from countries other than Mexico and Canada who arrive at the U.S. border, the officials said.

White House officials made clear that a deal could not only address DACA and the border wall but must also end a visa lottery program for certain countries and limit family sponsorship of immigrants to spouses and minor children – ending sponsorship for parents, older children and siblings.

Stephen Legomsky, who was chief counsel at U.S. Citizenship and Immigration Services in the Obama administration, called the plan a “horrendous tradeoff” and predicted Democrats would reject it.

“It offers a one-time citizenship path to innocent Dreamers and expects in return a massive permanent cut to family immigration, the permanent elimination of the entire diversity program, and a huge expenditure for a border wall,” said Legomsky, now at Washington University Law School in St. Louis.

A group of immigrant youth called United We Dream said the deal was “pitting us against our own parents, Black immigrants and our communities.”

Groups that oppose allowing illegal immigrants to remain in the United States also voiced criticism, and urged Congress to take its time.

“While it includes a number of tough immigration enforcement provisions, it includes an amnesty that is more than twice the size of the DACA population,” said Jessica Vaughan, director of policy studies at the Center for Immigration Studies, which favors restrictions.

To become law, the measures would also need to pass the House of Representatives, where Republicans have a bigger majority. A senior White House official declined to speculate on whether the plan would pass the chamber.

“I think the House will have an independent vehicle,” the second official said. “We’re not trying to force something on the House.”

“It would be far cheaper to erect a 50-foot concrete statue of a middle finger and point it towards Latin America, because both a wall and the statue would be equally offensive and equally ineffective,” the Illinois lawmaker said on Twitter.