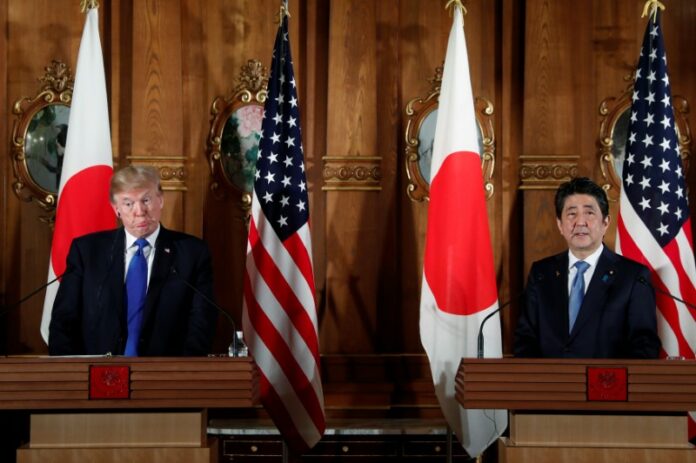 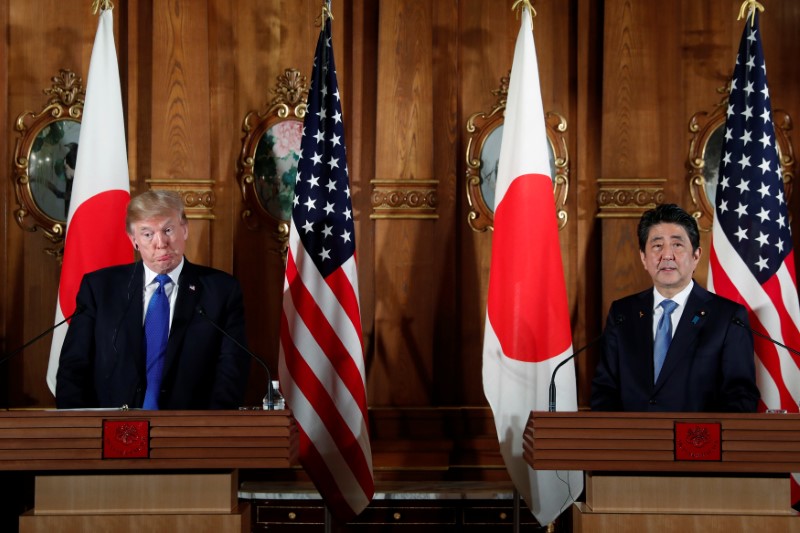 © Reuters. Trump meets with Abe at Akasaka Palace in Japan

TOKYO (Reuters) – Japan’s government has expressed reluctance to meet U.S. demands for fewer restrictions on shipments of beef and cars into the Asian nation during preparations for an economic dialogue between the two countries, sources said.

Japanese government officials made their position known during meetings with U.S. counterparts in Tokyo on Jan. 25 and 26, sources with direct knowledge of the matter told Reuters.

Bureaucrats from both sides met to prepare for the third round of an economic dialogue that is expected to be held in Japan sometime in the first half of this year.

Japan has already prepared technical changes to its restrictions on U.S. beef imports to make it easier for shipments to rise, but no agreement was reached at the second round of talks in October last year in Washington.

In the first round of talks in Tokyo last year in April, U.S. Vice President Mike Pence said the dialogue could lead to negotiations for a bilateral trade pact, but Japan’s Deputy Prime Minister Taro Aso and other Japanese officials are opposed to a two-way deal.