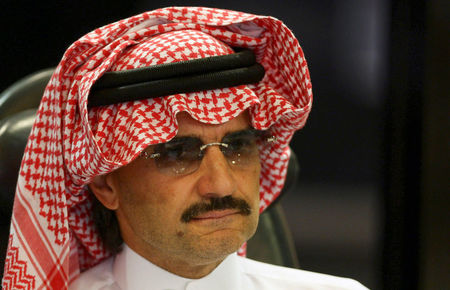 © Reuters. Bashar al-Jaafari (C) is pictured ahead the start of talks on Syria in Vienna

VIENNA (Reuters) – The Syrian opposition will not attend a peace conference Russia is hosting next week, a spokesman said on Saturday, dismissing the meeting as an attempt by the Syrian government’s close ally to “sideline” the current United Nations peace process.

He was speaking at the end of two days of U.N.-brokered talks between the Syrian government and opposition, after which the host said the United Nations had not decided whether to attend the conference in the Black Sea resort of Sochi.

Western powers and some Arab states believe Sochi is an attempt to create a separate peace process that would undermine the United Nations’ efforts while laying the groundwork for a solution more suitable to Assad and his allies Russia and Iran.

Nine rounds of U.N. peace talks between the warring sides have made little progress toward ending the civil war in which hundreds of thousands have been killed and 11 million – a majority of the Syrian population – driven from their homes.

Previous rounds of talks have been held sporadically in Geneva, with a mandate to discuss new elections, reformed governance, a new constitution and the fight against terrorism.

Having regained the upper hand on the battlefield after nearly seven years of conflict, Assad appears unwilling to negotiate with his enemies at all, let alone step down as part of any peaceful solution as rebels and opposition groups have demanded.

“It’s quite clear that somebody there is obstructing the whole process and wanting to sideline the importance of Geneva, the political process as a whole,” al-Aridi said.

As the talks dragged into Friday evening, another spokesman for the opposition said it had received a pledge from Russia that it would press the Syrian army to enforce a ceasefire in the besieged rebel enclave of eastern Ghouta, near Damascus.

Syrian army and Russian jets have for the last two months been escalating their bombardment of the area, killing dozens of civilians and injuring hundreds, rebels and aid workers say.

With Aridi later announcing that the opposition would not attend the talks, it was unclear where that left the ceasefire plan.

Syrian government forces are pursuing offensives against two remaining rebel pockets, Idlib in the northwest and eastern Ghouta near Damascus. Turkey has poured troops into the north to fight Kurdish militias that have established regional autonomy and are seen by Ankara as a menace to its security.

A document drawn up by the United States, Jordan, Britain, France and Saudi Arabia made recommendations to the Vienna talks’ host, U.N. Special Envoy for Syria Staffan de Mistura, for what they called a “practical approach” to what would be a “slow” U.N. political process.

The document’s recommendations included “a specific and immediate focus on discussion of a reformed constitution and organization of free and fair elections”, language that was echoed by the opposition delegation in Vienna.

But the Syrian government’s envoy to the talks, Bashar al-Ja’afari, dismissed the document as “totally unacceptable”.

“Our people have not and will never accept a solution that is parachuted onto them or that is carried on tanks,” he said in a statement to reporters.

“The goal of the conference in Sochi is to engage in a national intra-Syrian dialogue without foreign interference. The conference will be attended by about 1,600 participants who will reflect the various components of Syrian society,” he added.

Al-Aridi, however, said Sochi was aimed at giving the appearance of reconciliation among Syrians and many of those participants had been chosen by Damascus.

The opposition scheduled a news conference for 0900 GMT on Saturday.

De Mistura said U.N. Secretary General Antonio Guterres would decide how the United Nations would respond to the invitation to attend Sochi. He added that Russia said Sochi was aimed at supporting the U.N. process.

“I took note of the statement by the Russian Federation that the outcome of the (Sochi) congress would be brought to Geneva as a contribution to the intra-Syrian talks process under the auspices of the U.N.”, he said.