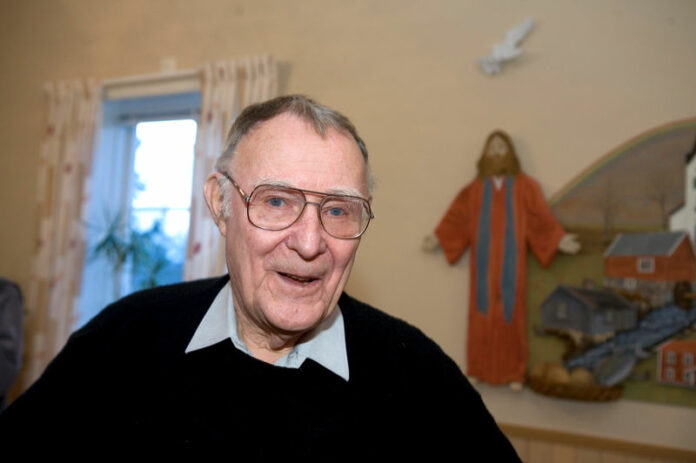 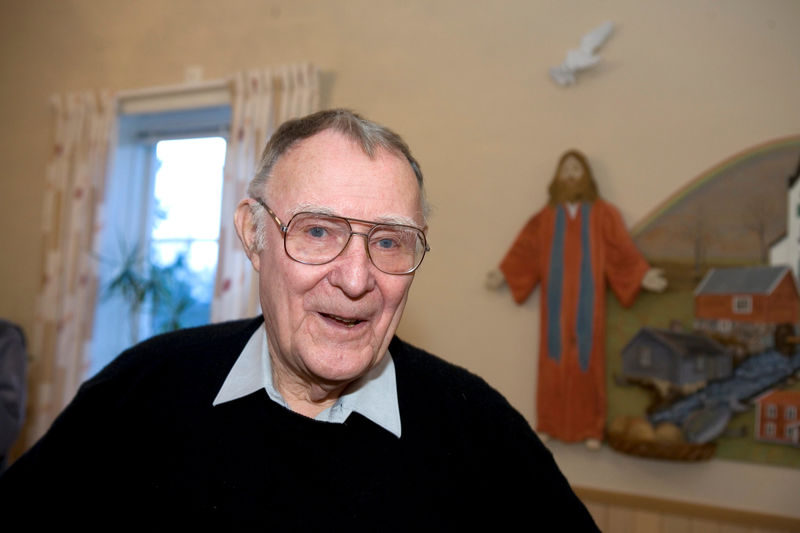 STOCKHOLM (Reuters) – Billionaire IKEA founder Ingvar Kamprad has died aged 91, the Swedish company said on Sunday, with the furniture empire he launched more than half a century ago familiar around the globe.

Kamprad founded IKEA in 1943 when he was just 17, but didn’t hit gold until 1956, when the company pioneered flat-pack furniture.

He got the idea as he watched an employee taking the legs off a table to fit it into a customer’s car and realised that saving space meant saving money.

The retailer is now heading for 50 billion euros ($62 billion) in annual revenues.

“One of the greatest entrepreneurs of the 20th century, Ingvar Kamprad, has peacefully passed away, at his home in Smaland, Sweden, on the 27th of January,” the company said.

Born on March 30, 1926, in southern Sweden, Kamprad started off selling matches to neighbours at the age of five and soon diversified his inventory to include seeds, Christmas tree decorations, pencils and ball-point pens.

“Ingvar Kamprad was a great entrepreneur of the typical southern Swedish kind – hardworking and stubborn, with a lot of warmth and a playful twinkle in his eye,” the company said.