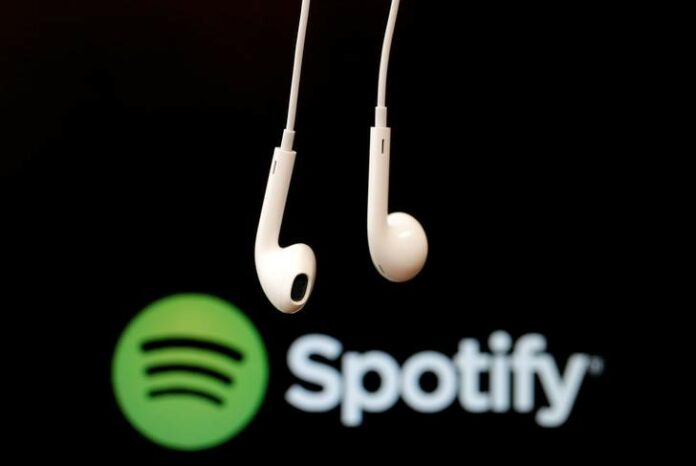 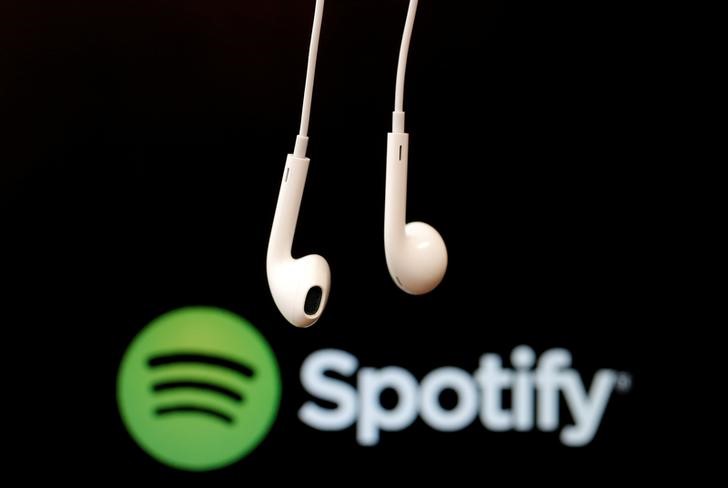 © Reuters. Headphones are seen in front of a logo of online music streaming service Spotify in this illustration picture

(Reuters) – U.S. copyright authorities on Saturday decided to increase over the next five years the royalty payments music streaming companies like Spotify and Apple Inc (NASDAQ:) must make to songwriters and music publishers, a trade association for music publishers said.

The Copyright Royalty Board of the U.S. Library of Congress issued a written decision that altered the formulas used to determine how much of their revenue streaming companies must share with songwriters and the music publishing companies they typically hire to collect licensing fees on their behalf.

The National Music Publishers Association said the ruling, which has not yet been made public, will require streaming companies to give 15.1 percent of their revenue to songwriters and music publishers. The previous rate was 10.5 percent.

The board, which consists of three judges, held a trial last year in which the trade group squared off against Spotify, Apple, Alphabet (NASDAQ:) Inc, Pandora Media Inc and Amazon.com Inc (NASDAQ:), which had opposed NMPA’s proposed rate increase.

“This is the best mechanical rate scenario for songwriters in U.S. history which is critically important as interactive streaming continues to dominate the market,” said NMPA chief executive David Isrealite in a statement.

Representatives of Apple, Alphabet, Spotify and Amazon did not immediately return requests for comment.

Streaming services must pay a fee, known as a “mechanical license,” every time a user listens to a song.

These licensing fees are typically paid to music publishing companies like Sony/ATV Music Publishing, which collect the fees on behalf of recording artists in exchange for a commission.

U.S. law requires the Copyright Royalty Board to set the rates for these mechanical licenses, rather than letting publishers negotiate rates with streaming services.