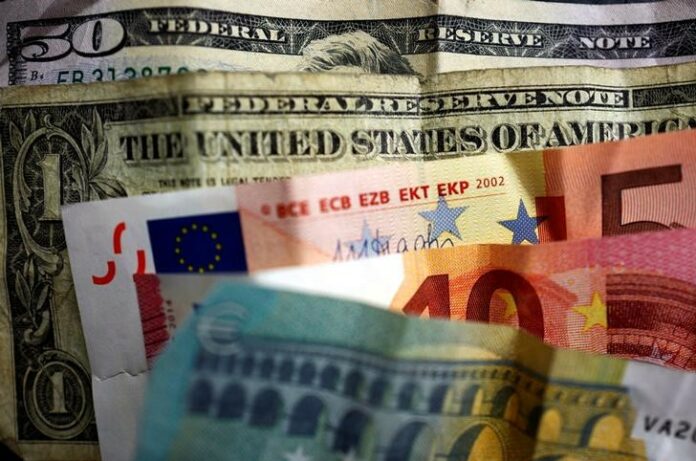 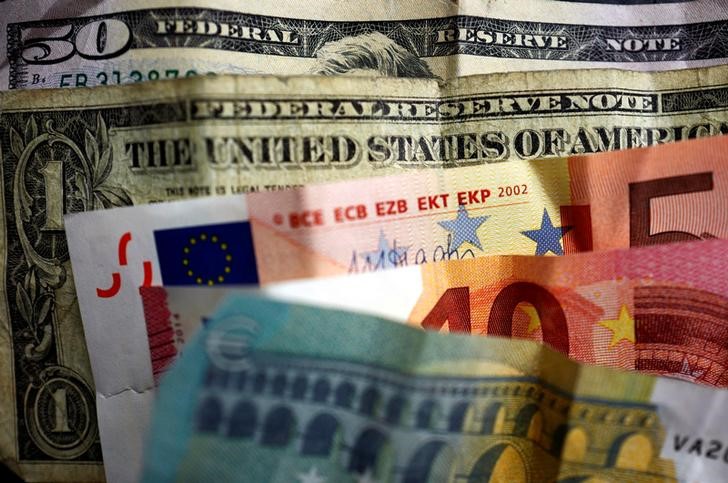 © Reuters. U.S. dollar and Euro bank notes are photographed in Frankfurt, Germany, in this illustration picture

By Saikat Chatterjee and Tommy Wilkes

LONDON (Reuters) – With correlations between interest rates and currencies approaching their lowest levels in more than a decade, investors are pondering whether the traditionally dominant driver for foreign exchange markets remains relevant.

In usual times, currencies can rise and fall according to the differences in interest rates between economies.

A widening gap in rate levels would usually spur investors to borrow in the lower-yielding market and invest in higher-yielding markets where they expect to earn more for their money, so long as volatility stays low.

But since the third quarter of 2017 and particularly in the opening weeks of the year, that correlation has broken down sharply between the dollar and some of its major rivals, notably the euro. That signals other forces are dominant.

Ninety-day correlations between the difference in 2-year U.S. and German interest rates and the euro/dollar rate are near their weakest levels since late 2005, according to one widely-used measure.

Kamakshya Trivedi, co-head of global foreign exchange strategy at Goldman Sachs (NYSE:) in London, points out that such a breakdown in correlation is by itself not very unusual, especially as it follows a highly correlated period between 2010 and 2014.

“Sometimes, other factors are in play apart from fixed income flows such as unhedged equity flows, reserve diversification and strong growth in the rest of the world, as we are seeing now,” he said.

Indeed, the global economy is growing at its strongest pace in years. BlackRock strategists expect expansion in the United States to last another couple of years at least given the additional fiscal stimulus provided by recent tax cuts.

But despite a rebound in global growth, financial conditions across the world remain extraordinarily loose thanks to low borrowing costs, which have helped to fuel a soaring stock market.

But the dollar’s decline — 15 percent since the start of 2017 — suggests investors do not believe that interest rates have reached a level where they make U.S. assets attractive based on relative interest rates.

Interest rates in the euro zone were last raised in 2011 and many analysts are not expecting a rate hike until at least next year.

The dollar, the world’s global funding currency, remaining weak or weakening further is a positive for financial conditions and will keep risk appetite supported, analysts at Morgan Stanley (NYSE:) said.

The struggling dollar has also prompted global central banks and sovereign wealth funds to begin slowly diversifying their foreign exchange reserves away from the U.S. currency, a move that may gather pace as their overall holdings climb.

The share of dollars in allocated reserves held by global central banks has shown signs of declining in recent months. From hitting a decade high of 66 percent in 2015, dollar reserves stood around 63 percent by September 2017. Conversely, the portion of euros has grown to 20 percent, but is still below its peak of 28 percent in 2009.

Comments by senior U.S. officials this week have not helped the dollar. U.S. Treasury Secretary Steven Mnuchin told a gathering of the global elite that a weaker dollar was good for the world’s biggest economy before President Donald Trump rowed back from his comments and said he expected a stronger currency.

Although U.S. interest rates are some 150 basis points above their European counterparts, the relative growth outlook is firmly in favor of the euro zone. Inflows into European stock markets from abroad reflect that sentiment.

In a January fund manager survey conducted by Bank of America Merrill Lynch (NYSE:), investor allocations to euro zone equities stood at a net 45 percent overweight, significantly above its long-term average and indicating that equity flows had overtaken those into bonds.

Simon Derrick, chief currency strategist at BNY Mellon, said that a breakdown in correlations between interest rates and currencies was also evident when looking at longer-dated rates.

In his analysis, the breakdown signals the cusp of a major shift in central bank policy expectations.

In the U.S, Janet Yellen is set to hand over the baton to new incoming Federal Reserve chief Jerome Powell, while European Central Bank policymakers are assessing the impact of a strengthening euro on the region’s resurgent economy.

“Nevertheless, there remains a risk that the breakdown in correlations between bond yields and currencies may be signaling something significant.”