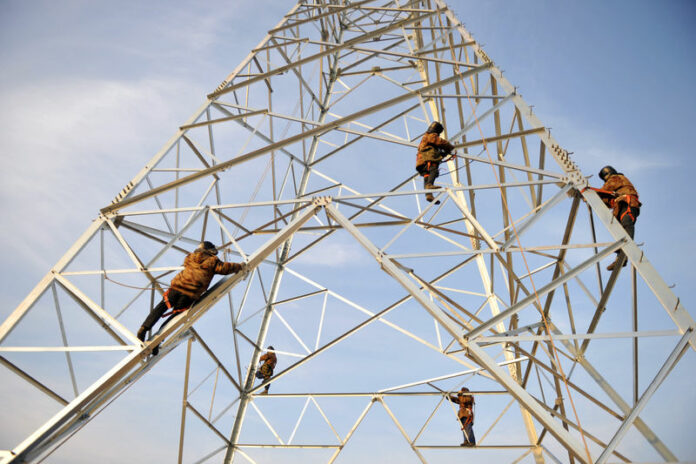 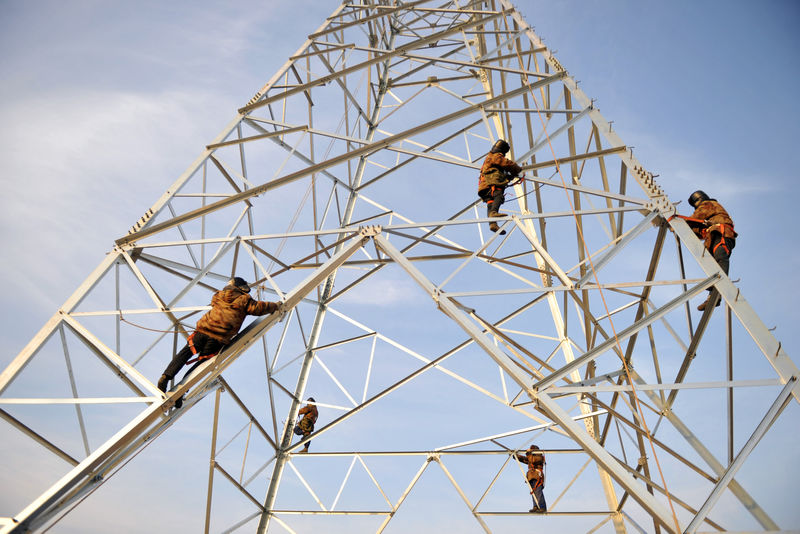 © Reuters. Employees work on an electrical tower in Qingdao

BEIJING (Reuters) – China’s economic growth will likely slow to 6.5-6.8 percent this year, a senior official at the country’s top economic planner wrote in the Beijing Daily on Monday, while warning about the risks of “Black Swan” and “Gray Rhino” events.

Black swans, or unforeseen occurrences, and gray rhinos, or highly possible yet ignored threats, are likely to occur this year with adverse consequences, Fan Hengshan, vice secretary general of the National Development and Reform Commission (NDRC), wrote in a commentary in the state-controlled newspaper.

China’s economy grew 6.9 percent in 2017, the first annual acceleration since 2010. That pace easily beat the government’s 2017 target of around 6.5 percent, welcome news for policymakers looking to curb financial risks and cut corporate debt.

“My personal opinion is that economic growth this year is very likely to exceed 6.5 percent, roughly between 6.5 and 6.8 percent,” Fan said.

Analysts polled by Reuters earlier this month also predicted a slowdown to 6.5 percent this year as government-led crackdowns on debt risks and factory pollution drag on overall activity.

China will focus on fending off risks this year, particularly risks that will impact regions and cause systemic fluctuations, Fan said.

“To this end, we must remain highly vigilant and enhance our sense of urgency,” Fan said.

Earlier this month, China’s banking regulator chief told the official People’s Daily in an interview that a black swan event could threaten the country’s financial stability, adding that risks, while still manageable, are “complex and serious.”