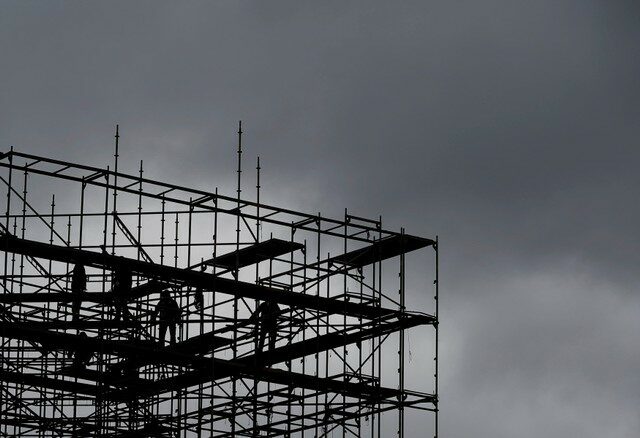 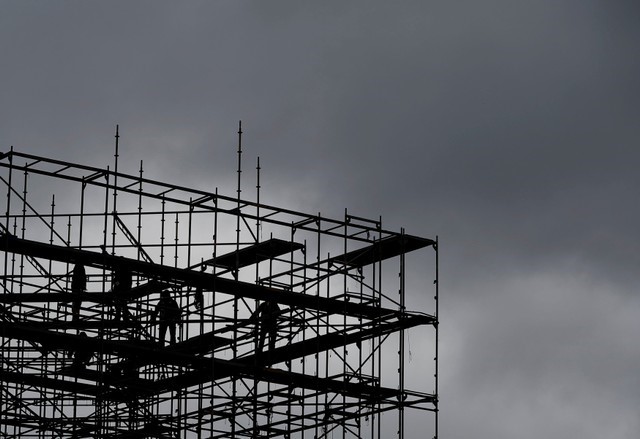 © Reuters. Workers are silhouetted on amongst scaffold at Potsdamer Platz square in Berlin

BERLIN (Reuters) – The German government has raised its 2018 growth forecast to 2.4 percent from 1.9 percent previously, two people familiar with the updated projections said on Monday.

The revision follows a string of bullish economic data that showed Europe’s largest economy is still firing on all cylinders after posting its strongest growth rate last year since 2011.

The buoyant economic outlook contrasts sharply with the uncertain political picture as Chancellor Angela Merkel’s conservatives struggle to seal a coalition deal with the Social Democrats (SPD) more than four months after a federal election.

The government expects exports to grow by 5.3 percent this year and imports to rise by 5.8 percent, the sources told Reuters on condition of anonymity, adding that unemployment was seen falling to 5.3 percent from 5.7 percent in 2017.

Acting Economy Minister Brigitte Zypries, a senior member of the Social Democrats, will present the outgoing government’s updated growth forecast during a news conference on Wednesday.

A ‘grand coalition’ of Merkel’s conservatives and the SPD have governed Germany since 2013 and the parties are now trying to relaunch their alliance for a further four years.

The consumer-led upswing has been reinforced by a rebound in exports, propelling German economic growth to a calendar-adjusted 2.5 percent in 2017. The economy grew by 2.2 percent if not adjusted for the lower number of workdays last year.

The Ifo economic institute is a bit more optimistic than the government, forecasting an expansion of 2.6 percent in 2018.