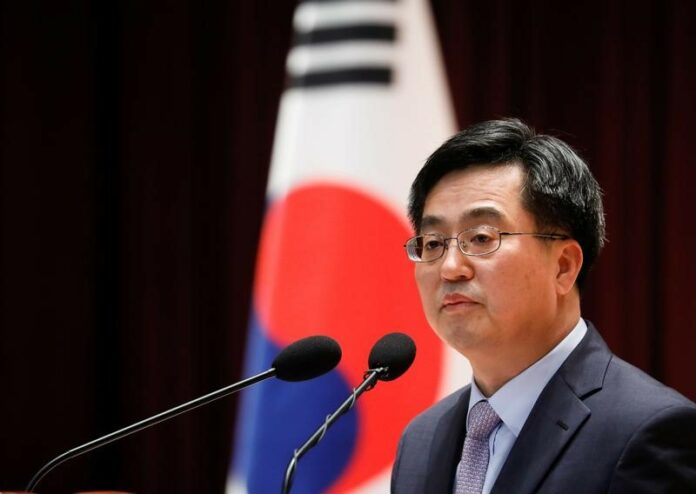 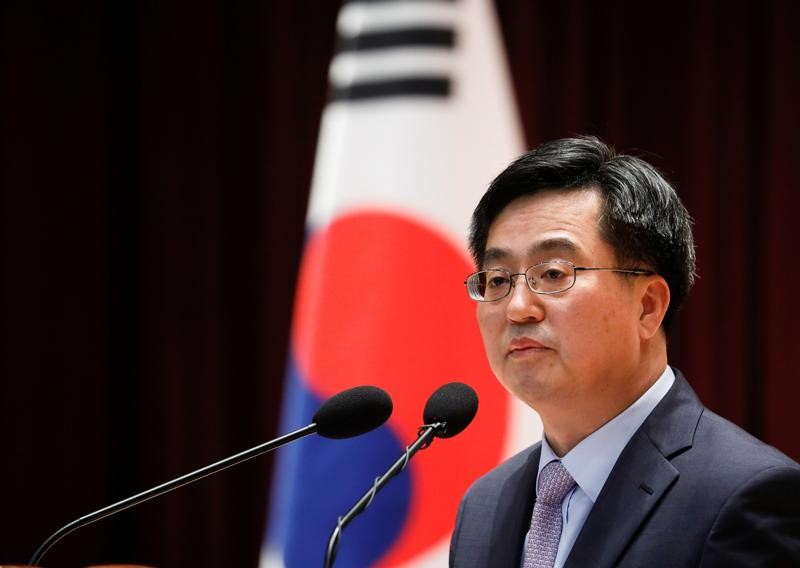 By Dahee Kim and shinhyung lee

SEOUL (Reuters) – South Korea’s finance minister said on Monday that the government may delay the implementation of a proposed widening of its capital gains tax base for foreign investors, which was due to take effect from July.

Kim Dong-yeon said he had received feedback from representatives of the international investment community about the proposal and that he would review the matter.

“(The government) could possibly suspend applying the revised tax and this will be decided depending on the interest of the foreign investors,” Kim told reporters after a meeting.

His comments contrast with reassurances from his ministry last week that the revised tax regulation would have limited impact on stock markets as they only applied to investors from nations with which South Korea does not have tax treaties.

South Korea had proposed cutting the shareholding ownership threshold at which the capital gains tax on listed securities transactions is triggered to 5 percent from current 25 percent. This would have increased the number of foreign investors affected by the tax.

Kim noted on Monday he had been given several opinions regarding the tax change and that he met a representative of investors from Singapore. Singapore is one of the countries that South Korea does not have a tax treaty with.

He did not elaborate on the substance of the opinions.

“I will fully review this issue in a responsive manner,” said Kim.

The move to widen the investor tax base includes increased capital gains taxes for domestic investors last August. Currently, capital gains tax is only applied to large shareholders with stakes exceeding 1 percent or holding 2.5 billion won worth of KOSPI-listed stocks, but will gradually be applied on a larger range of investors this year.