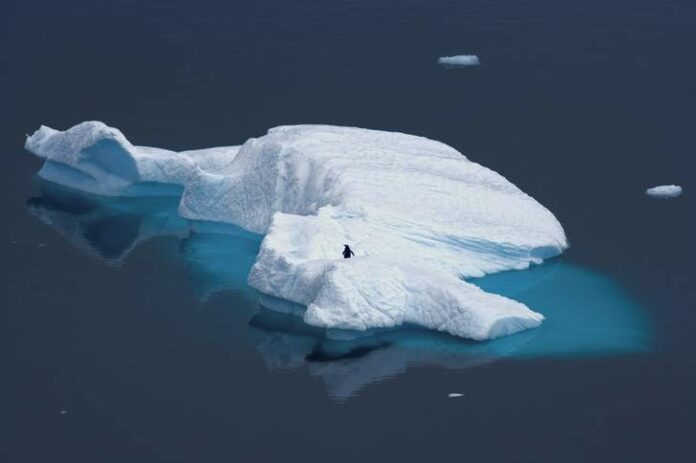 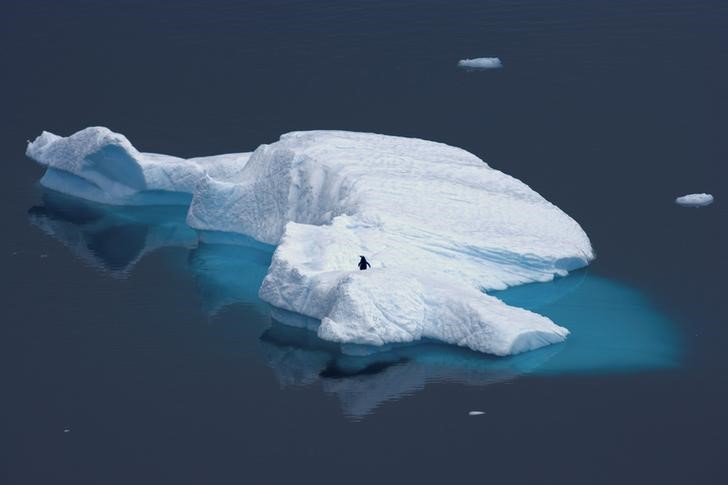 © Reuters. FILE PHOTO – A supplied image shows a penguin standing atop an iceberg in Antarctica

OSLO (Reuters) – Scientists puzzled on Monday over U.S. President Donald Trump’s assertion that ice caps are “setting records” when much of the world’s ice from the Alps to the Andes is melting amid global warming.

Trump cast doubt on mainstream scientific findings about climate change in an interview aired on Britain’s ITV (LON:) channel on Sunday night, saying “there’s a cooling and there’s a heating”.

“The ice caps were going to melt, they were going to be gone by now. But now they’re setting records. They’re at a record level,” he said.

Many people use the term “ice cap” to refer to polar sea ice or vast ice sheets on Greenland and Antarctica. It is also a technical term for smaller masses of ice on land, ending in glaciers.

Trump’s implication that glaciers and ice caps are growing “is simply wrong. Or maybe he is referring to a different planet,” Zemp said.

Melting ice is contributing to push up world sea levels.

Andrew Shepherd, a professor of Earth Observation at the University of Leeds, said: “I think despite first appearances he (Trump) has chosen his words carefully.”

“He was careful to say ‘setting records’ and not specify whether those are record highs or lows. And of course he does not mention time either, so it’s not clear what years he is referring to,” he said.

Some scientists, in a widely contested projection at the time, wrongly said a few years ago that Arctic sea ice could vanish in summers by around 2015.

And sea ice around Antarctica hit a record high extent in the winter of 2014 in apparent defiance of global warming, satellite data from the U.S. National Snow and Ice Data Center (NSIDC) show.

“There are, whoever, various reasons for that growth, consistent with climate warming,” said Jack Kohler, of the Norwegian Polar Institute. Some research said shifts in winds may be blowing ice further offshore.

Around Antarctica, a long-term expansion of sea ice may have abruptly ended. The ice is now at a record small extent for late January, according to NSIDC data dating back to 1979.

At the other end of the planet, Arctic sea ice has set repeated lows in recent decades and is also at a record low for the time of year, NSIDC data show.

In another broad sense of ice cap, the U.N. panel of climate scientists wrote in their last review in 2014 that “the Greenland and Antarctic ice sheets have been losing mass”.

Global Oil And Gas Ambitions At Odds With Climate Targets