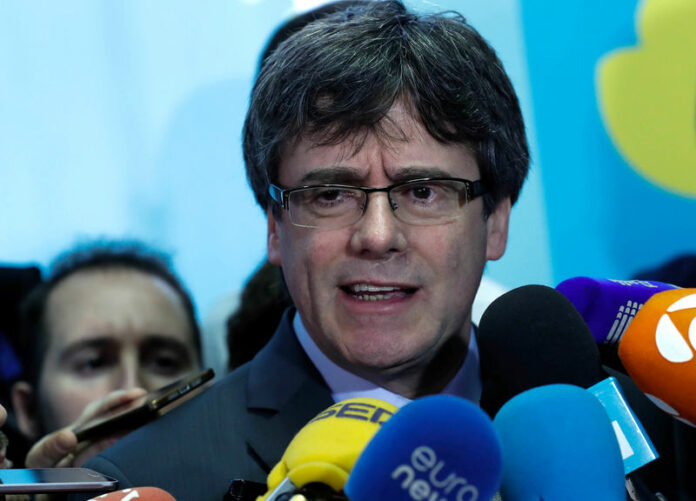 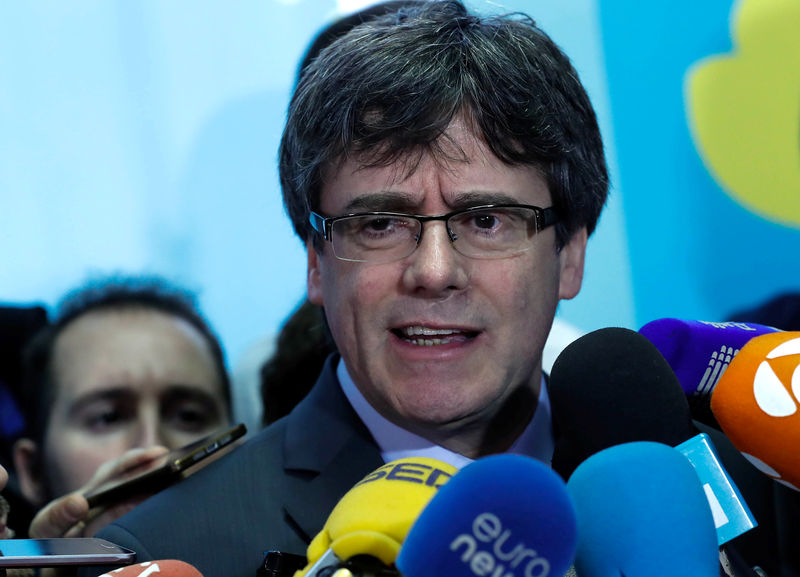 © Reuters. Former Catalan president Puigdemont addresses the media after a meeting with speaker of Catalan Parliament Torrent in Brussels

MADRID (Reuters) – The Catalan parliament speaker said the vote for a new regional head, planned for Tuesday, had been postponed but insisted that self-exiled, former leader Carles Puigdemont was the only viable candidate to lead Catalonia.

“Today’s session has been postponed, but under no circumstance cancelled … another candidate will not be presented,” Roger Torrent said on Tuesday in a press conference.

Spain’s Prime Minister Mariano Rajoy reiterated on Tuesday that Puigdemont could not be a candidate as he was in exile in Brussels after a warrant for his arrest was ordered after he made an illegal declaration of independence end-October.