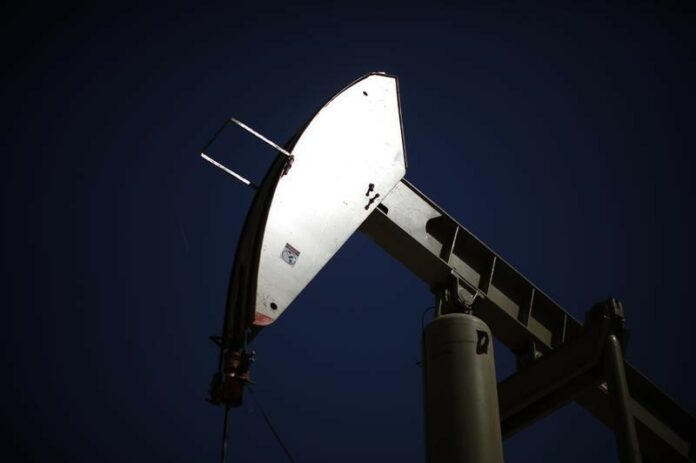 Crude Oil Mixed In Asia With API Estimates Ahead, Eye On Dollar

Investing.com – Crude oil prices were mixed in Asia on Tuesday with weekly industry estimates of US crude and refined product stocks ahead and a close eye on the dollar.

Initial estimates see a 100,000 barrels build in US crude supplies at the end of last week, a 1.467 million decline in distillates and a 1.433 million barrels build in gasoline. The American Petroleum Institute (API) reports after the market close on Tuesday and official data comes from the Energy Information Administration (EIA) on Wednesday. The API and EIA figures often diverge.

Overnight, crude oil prices settled lower on Monday weighed by a rising dollar and fears that rising US output would dampened OPEC and Russian efforts to rid the market of excess supplies, while expectations grew that US supplies were nearing their first build in eleven weeks.

The dollar – which has played a part in the recent oil rally – found its founding, rising sharply against a basket of major currencies while pressuring dollar-denominated assets such as oil.

Also weighing on supplies were signs of rising US output as the number of oil rigs rose the highest since September. This, in turn, renewed fears of rising US output offsetting major oil producers’ output curbs – as part of OPEC-led output-cut deal – to rid the market of excess supplies.

The drop in oil prices, however, come against the backdrop of rising investor bets that oil prices would extend their rally.

The CFTC’s Commitment of Traders report showed that hedge funds added to their bullish bets on as long net positions grew to 716,695, nearing record highs.