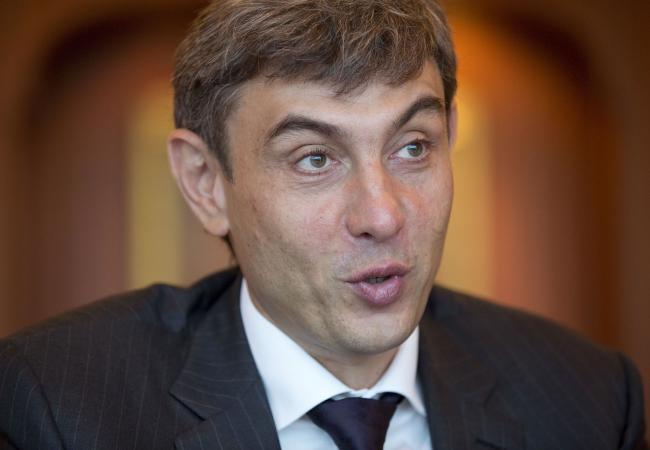 Mnuchin said the “oligarchs list” wasn’t delayed by the Trump administration after it was published late Monday, just as a congressionally mandated deadline was set to expire. While Treasury emphasized that people on the list are not necessarily subject to U.S. sanctions, the report has been denounced by the Russian government, which says it will further hurt relations with the U.S.

Some Democrats in Congress are upset that the report was not immediately accompanied by fresh U.S. sanctions to punish Russia for its alleged meddling in the 2016 election. Senator Sherrod Brown, an Ohio Democrat, accused Mnuchin of “slow-walking” the report.

“We will take the basis of that report and look at, as we do in the normal course, where it’s appropriate to put sanctions. This should in no way be interpreted as we’re not putting sanctions on any of the people in that report,” Mnuchin said. “I don’t think in anyway we are slow-walking the report delivered last night and we look forward to discussing with you in a classified setting.”

The 96 tycoons named in the U.S. list match the list of billionaires published by the Russian edition of Forbes magazine last year. A Treasury spokesman, who spoke on condition of anonymity, confirmed that the unclassified portion of the report that was submitted to Congress was derived from publicly available sources including the Forbes list.

Along with 114 Russian government officials and state-company chiefs, the names were compiled based on “objective criteria drawn from publicly available sources,” Treasury said in the report.

An accompanying report on the effect on Russia’s sovereign debt from possible U.S. sanctions was classified, Senator Bob Corker confirmed in a statement on Tuesday. Congress had requested an unclassified version of the report.

The list includes people already subject to sanctions because of their close ties to Putin, such as Arkady Rotenberg, as well as those seen as distant from the Kremlin, such as banker Oleg Tinkov and grocery tycoon Sergey Galitsky.

Joking that it was “offensive” that he wasn’t included, President Vladimir Putin said at a campaign event that Russia will “refrain for the moment” from implementing serious retaliatory measures it has prepared.

“In effect, all 146 million of us have been put on some list,” he said, calling it “indisputably an unfriendly act.”

Russia has sought to defend its elites. Putin warned of worsening U.S. sanctions last month and introduced a capital amnesty program to encourage wealthy nationals to repatriate some of their overseas assets. He also approved a plan to issue special bonds designed to give the wealthy a way to hold their dollar assets out of reach of the U.S. Treasury.

U.S. probes of Russian interference in the 2016 election have cast a long shadow over the first year of Trump’s presidency. Three of his campaign officials and an adviser have either plead guilty to charges connected to the investigation or have been indicted.

Relieved investors pushed yields on Russian 10-year bonds to the lowest levels in five years as the Treasury provided no details on a separate report on the effect of expanding sanctions to Russian sovereign debt. Republican Senator Bob Corker said Tuesday that the administration “is working in good faith” and had provided a classified sovereign debt report as well as a report on the Ukrainian energy sector.

The State Department told Congress Monday that provisions of the law affecting the defense and intelligence sector are having a deterrent effect, making new sanctions on dealing with them mandated by the law unnecessary.

The Treasury Department said it was submitting classified lists of names, as well, that could include tycoons and officials of lesser rank and wealth, but provided no further information.