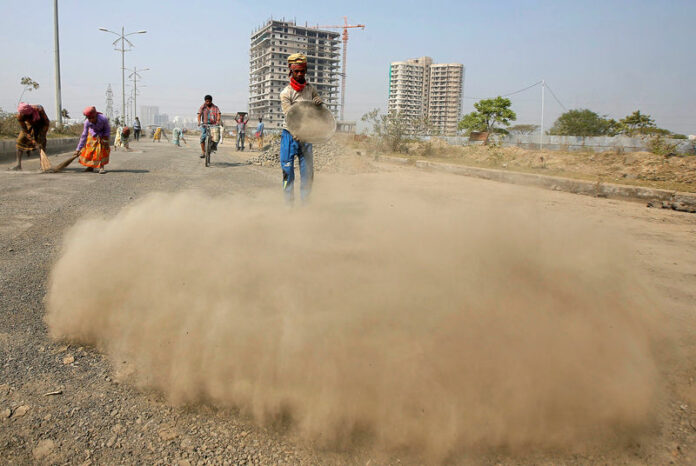 No spending spree due in last Indian budget before elections: Reuters poll 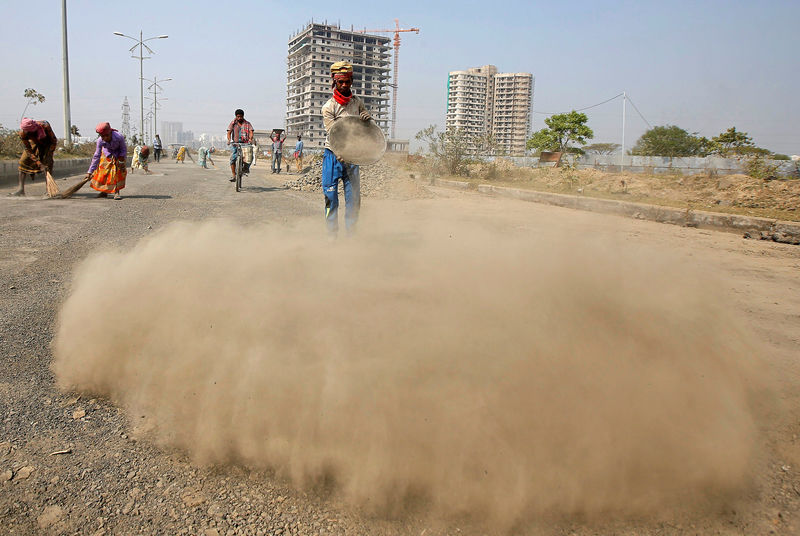 © Reuters. Labourers build a road near the construction site of a residential complex on the outskirts of Kolkata

By Vivek Mishra and Rahul Karunakar

BENGALURU (Reuters) – India is expected to unveil only modest stimulus at this week’s budget, a Reuters poll of analysts showed, despite it being the last before the next election, with government spending likely limited by longer-term efforts to trim the fiscal deficit.

Fiscal consolidation was first proposed by Prime Minister Narendra Modi’s Bharatiya Janata Party (BJP) government in its maiden budget in fiscal 2014/15, aiming to break a long line of Indian governments that preferred to borrow and spend.

But in following budgets, the timeframe for reaching a reduction to a 3.0 percent fiscal deficit target was pushed back.

The latest Reuters poll shows the government is expected to delay the timeframe for hitting that target by another year, for the third year in a row, due to setbacks in the economic outlook.

The median forecast from over 40 economists polled Jan 24-29 was for India’s government to borrow 3.2 percent of gross domestic product (GDP) in fiscal 2018-19.

“As the current government will present its last full-year budget before the 2019 general elections, many in the market expect a heavier dose of populism. However, the government has limited financial resources to propose any targeted scheme for the poor,” wrote Gautam Duggad, head of research at Motilal Oswal Securities, in a research note.

“We also do not expect much relief on the tax front, except some reduction in the corporate tax rate for medium-sized companies.”

The government’s own economic survey presented to parliament on Monday suggested that pushing further out the fiscal deficit target would give the economy some momentum.

Three-quarters of the 40 economists polled, based in India, Singapore and Europe, said that fiscal consolidation is likely to be Finance Minister Arun Jaitley’s dominant theme when he unveils his budget on Thursday.

Just under 10 percent of survey respondents said he will focus on boosting subsidies while about 18 percent expect a significant increase in borrowing and spending.

Among those expecting a more populist budget are economists that say the government will announce new subsidies, such as loan waivers for farmers, an increase in healthcare spending, a cut to taxes on fuel and a ramp up in rural housing schemes.

Some also said the focus on the potential budget provisions could address rising rural dissatisfaction shown by the increase in farmer protests and suicides across India.

“We expect India’s upcoming Union Budget to focus extensively on the agriculture sector, especially given that the government has only one year left in its current term and will want to boost its popularity before the next election,” noted Kunal Kundu, India economist at Societe Generale (PA:).

With the Reserve Bank of India holding interest rates for now, demand for fiscal stimulus has increased after the ban of high-value currency notes in November 2016 and the implementation of a goods and services tax (GST) last year.

The economy, which likely marked its weakest pace of growth in four years in fiscal year ending in March, is still recovering from those two measures.

Shilan Shah, senior India economist at Capital Economics, a consultancy, wrote in a note to clients that the government is unlikely to meet its deficit targets for this year and next.

India’s economy is forecast to grow by 6.6 percent in the current fiscal year, which would be its weakest since before a new calculation was introduced in fiscal 2014-15, a Reuters poll of economists found earlier in January. [ECILT/IN]

Gold Back in Mid-$1,700 Trenches, Albeit With Weekly Gain