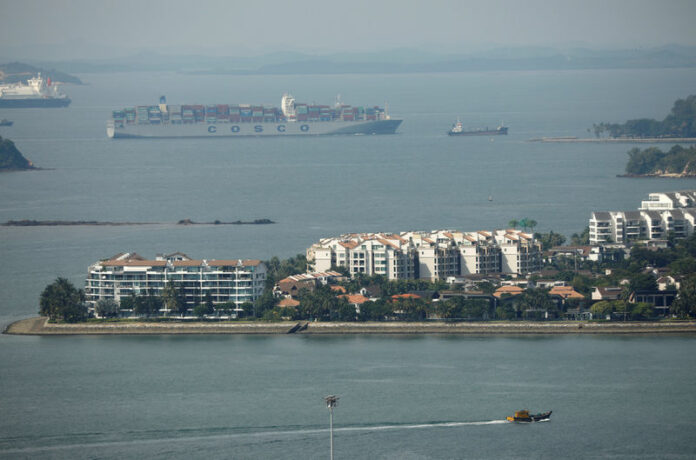 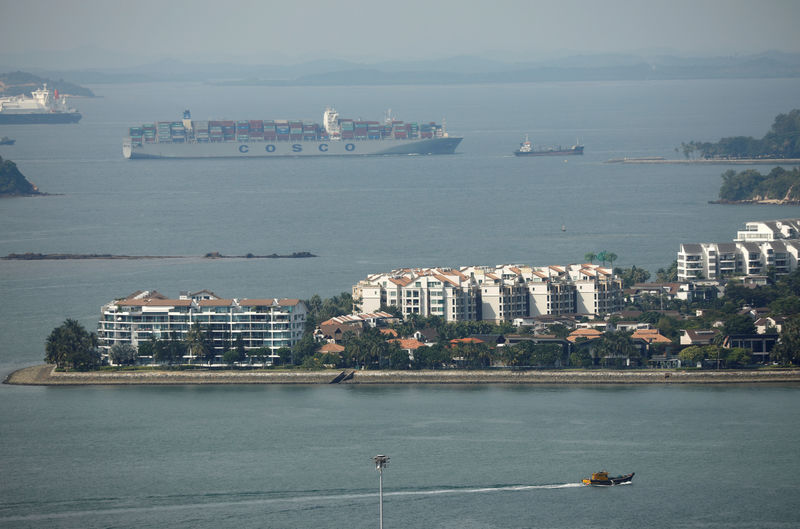 SINGAPORE (Reuters) – A nascent recovery in Singapore’s housing market is showing signs of reaching Sentosa, a tiny isle off the southern tip of Southeast Asia’s wealthy island state that is both a playground for partying Singaporeans and home for rich ex-pats.

Measuring just 5 square kilometers (less than 2 square miles), Sentosa is a niche market. Offering a resort lifestyle just a bridge away from the city, Sentosa is the only place in Singapore that foreigners can buy landed property.

Once a Malay graveyard and a British military base in the colonial period, Sentosa was developed as a tourist attraction in the 1970s, when it was enlarged through land reclamation to merge with two neighboring islets.

It was during the 2000s, when the government actively sought to persuade Asia’s jetsetters to take up residence in Singapore, that the Sentosa Cove residential enclave was developed.

Constructed on more reclaimed land, and hosting over 2,000 homes, Sentosa Cove has private houses, but 80 percent of the properties are condominium apartments overlooking the marina and man-made waterways snaking through the complex.

“That kind of lifestyle, you can’t get it anywhere else in Singapore,” said realtor Bruce Lye, whose agency SRI is currently marketing several properties including a house that comes with a Lamborghini sports car.

But nowhere is perfect.

When Singapore’s property market began a slide in end-2013 that lasted for nearly four years, Sentosa was hardest hit.

During the downturn, prices for Sentosa Cove apartments fell 35 percent from where they started 2013 compared with a 10 percent drop on the mainland, according to real estate services firm Colliers International.

The Singapore market stabilized in 2017, recording its first annual rise in four years, albeit a meager 1.1 percent, and even Sentosa stopped falling.

“Sentosa prices appear to be finding a footing,” Tricia Song, Colliers’ head of Singapore research, referring to apartments as the market for houses is more rarefied and difficult to assess.

Song expects Sentosa properties to lag prime real estate on the mainland as the location is less convenient for most people.

The sea views, the greenery, the two 18-hole golf courses, a casino and a marina festooned with quayside restaurants are selling points, transport links aren’t.

Day trippers visiting the Universal Studios theme park or the bar restaurants that line the beach use a cable car and a monorail. Otherwise, access and connectivity to the mainland are awkward for residents.

Motorists have to use a causeway, though jams have been reduced by a one-way tunnel for traffic leaving Sentosa that was opened in April.

The kids might still have a longer commute to school than their classmates, and residents may pay over the odds for groceries, but these are choices that some people can afford to make.

A Singaporean woman who runs a commercial property business and lives with her husband in a Sentosa Cove apartment that she paid S$3.8 million ($2.91 million) for in 2016, and she isn’t cribbing.

They enjoy the lifestyle – renting yachts on the weekend and having relaxed brunches at sea-front restaurants.

“We have to drive five minutes into the Cove, so it’s a bit inside, but we all have cars…so it’s not too bad for me,” said the 36-year-old mother of three, who did not wish to be named.

Getting the kids to school wasn’t a problem.

“I have a chauffeur for them.”

After the hiatus of the past few years, there are signs that interest in buying on Sentosa is reviving, though more slowly than for the rest of Singapore.

“As prices in Sentosa Cove have fallen significantly, some buyers are seeing value in the properties there, leading to a pick-up in transaction volume,” said Ong Teck Hui, JLL’s national director of research, Singapore.

Morgan Stanley (NYSE:) forecast Singapore prices will increase 8 percent in 2018 and Credit Suisse (SIX:) forecast prices to go up by as much as 10 percent.

FX: Big Week Ahead, What To Watch