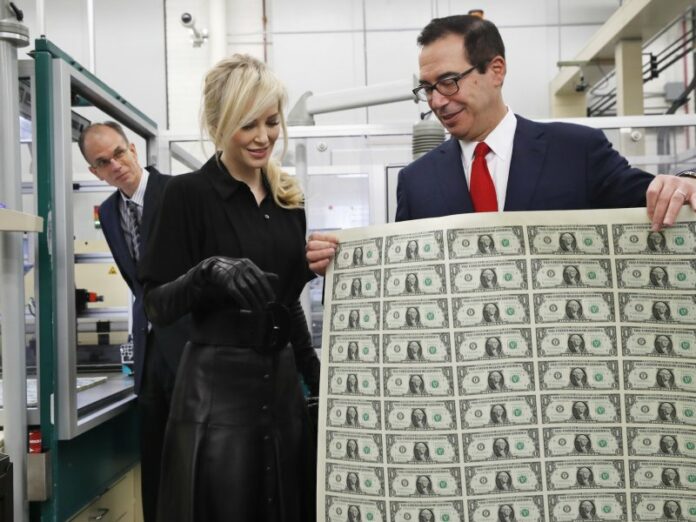 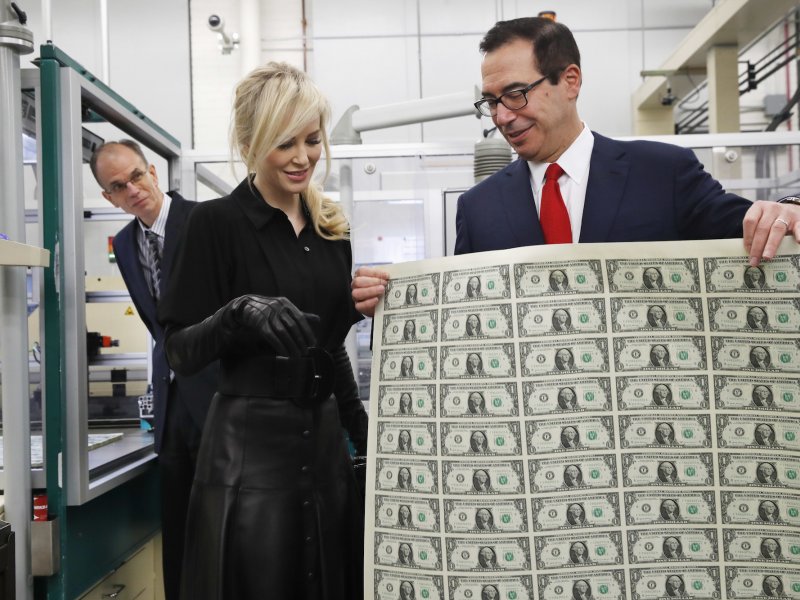 The Federal Reserve meets this week against the backdrop of a key market development that will undoubtedly influence its policy deliberations: a slumping US dollar.

Though investors are not counting on another interest-rate increase at the Fed’s January meeting, they will be looking for signals about the likely number of hikes this year. And the dollar’s recent downturn, exacerbated by comments from Treasury Secretary Steven Mnuchin welcoming the trend, will certainly be high on policymakers’ minds.

The US currency last year experienced its steepest drop since 2003, and the drop has gained momentum in early 2018. This means investors are now less worried about the risk of the Fed’s persistently low inflation target, as they bet that the combination of tax cuts and a falling currency will boost consumer prices.

Still, a dollar devaluation is just about the worst way to get inflation higher from an economic standpoint, since what the Fed is really trying to stimulate is wage growth for workers, not a higher cost of living.

“While a weak dollar may boost economic momentum, it could also stoke inflation and force bond yields higher, which would be a headwind for the stock market,” Lisa Shalett, the head of investment and portfolio strategies at Morgan Stanley Investment Management, wrote in a research note.

“More concerning, combining a weak dollar with aggressive trade protectionism increases the chances the economy will undergo a boom/bust cycle.”

The Fed has been undershooting its 2% inflation target for the much of the economic recovery, which many see as a sign that the US economy is still operating well below its full potential despite a 17-year-low unemployment rate of 4.1%. But getting there more quickly because consumers are losing ground rather than experiencing wage increases doesn’t really help the economy.

One thing hasn’t changed since the Fed’s December meeting: A record-setting stock market that looked bubbly last month has continued to set new peaks, raising increasing concerns among a growing number of investors about market complacency.

According to minutes from the Fed’s December meeting, “some participants observed that financial conditions remained accommodative, citing a range of indicators including low interest rates, narrow credit spreads, high equity values, a lower dollar, and some evidence of easier terms for lending to risky borrowers.”

Shalett warned that “recent jawboning by the US Treasury secretary for an even weaker dollar, combined with the administration’s sabre-rattling on trade on top of the deficit financed tax cut, raises serious risks.”

That’s because the dollar’s fate appears increasingly disconnected from yield differentials in international bond markets and instead reflects a deeper pessimism about longer-term US economic prospects, she said. Witness the rise in 10-year Treasury rates trading above 2.7% Monday at their highest level since April 2014, despite the ongoing dollar softness.

“But in 2017, relative yield differentials started to fade as a dollar determinant, replaced by capital flows,” she said. “Now, the strong growth of non-US economies is causing global investors to sell dollars.”