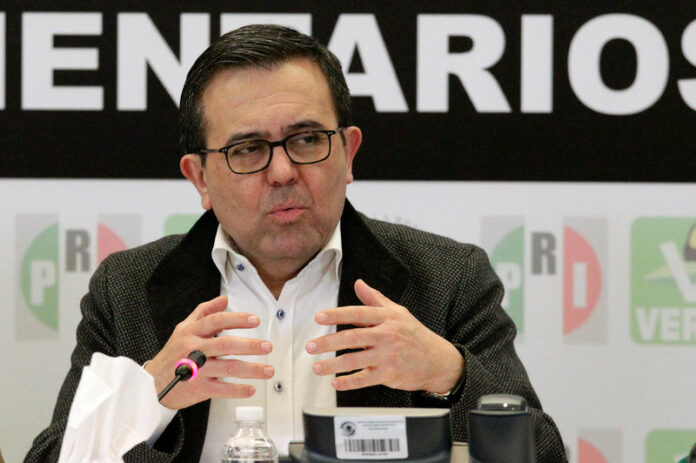 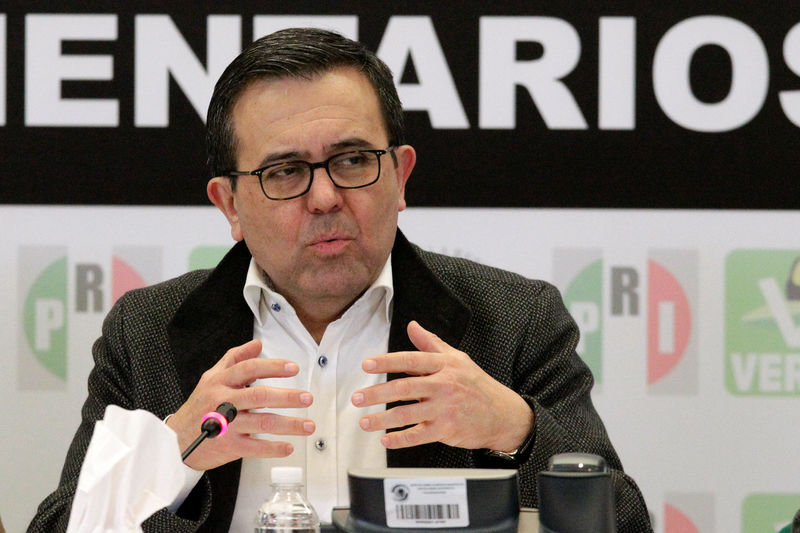 © Reuters. Mexico’s Economy Minister Ildefonso Guajardo gestures during a meeting with senators of the Institutional Revolutionary Party in Mexico City

MEXICO CITY (Reuters) – Mexico said on Tuesday that it was open to changes to rules of origin for automobiles, one of the most contentious issues negotiators face in modernizing the 1994 North American Free Trade Agreement.

Under NAFTA, at least 62.5 percent of the net cost of a passenger car or light truck must originate in the United States, Canada or Mexico to avoid tariffs. U.S. President Donald Trump’s administration wants the threshold raised to 85 percent and it wants half the content made in the United States.

Economy Minister Ildefonso Guajardo said that while Mexico’s automotive industry, represented by AMIA, has expressed the desire to keep the current 62.5 percent regional requirement for autos, “I have talked with them. I think we have to be realistic.

“I believe that North America can rethink the model … And I think it’s logical. Let’s be totally honest.”

Eduardo Solis, head of Mexico’s main auto industry group AMIA, has advocated for not touching the rules of origin, saying that he needed to ensure that North America’s auto industry remained competitive.

At the latest round of NAFTA talks in Montreal that concluded on Monday, Trump’s trade chief rejected a Canadian compromise plan to include expenses for engineering, research and development and other high-value work to be counted in higher targets for North American content with the aim of safeguarding high-paying jobs in the region. Mexico called it “innovative.”

Guajardo said the plan “deserves a deeper analysis to try to rescue from it all that is technically valuable.” He added that it was predictable that U.S. Trade Representative Robert Lighthizer would deem the proposal unacceptable.