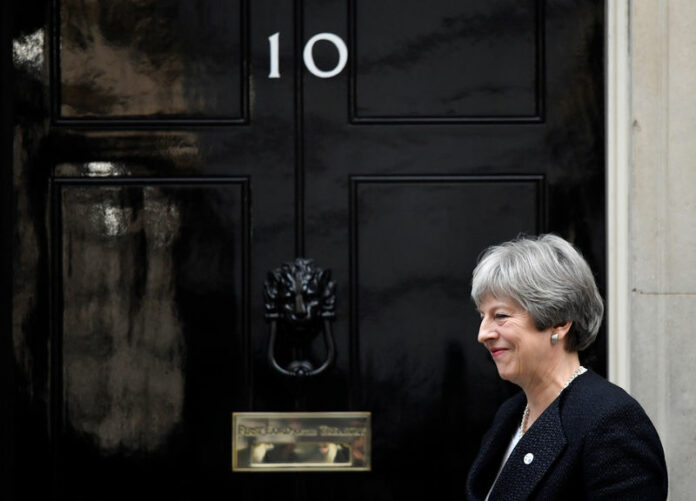 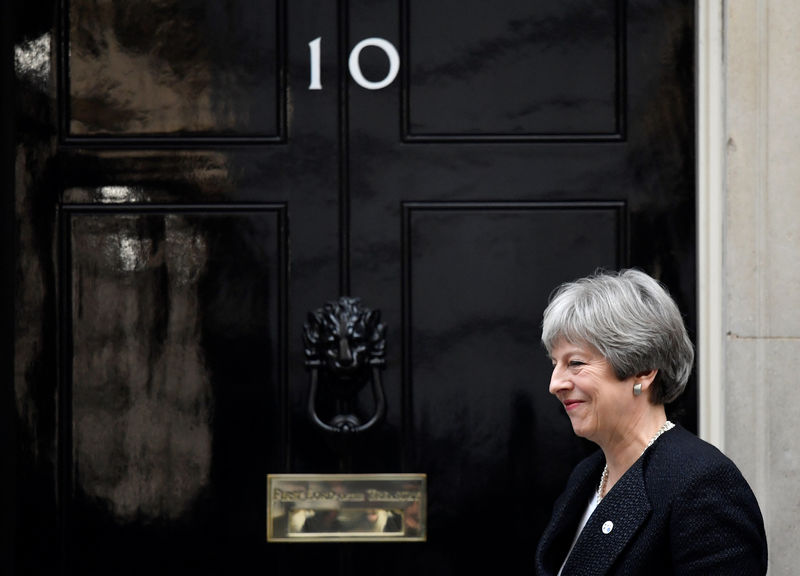 WUHAN, China (Reuters) – Britain is seeking a free trade agreement with China, Prime Minister Theresa May said on Wednesday as she flew to the country for talks with Chinese leaders, adding that more should be done immediately to open up market access for British firms.

The ambitious long-term goal of securing a free trade deal with the world’s second-largest economy comes as May begins a three-day visit to China accompanied by businesses from sectors where Britain feels it can capitalize on China’s growing middle class consumers and rapidly expanding services sector.

“China is a country that we want to do a trade deal with,” May told reporters aboard her Royal Air Force jet on the way to Wuhan – a university city where she will announce half a billion pounds worth of education deals.

“But, I think that there is more we can be doing in the interim…in terms of looking at potential barriers to trade and the opening up of markets to ensure…British businesses able to do good trade into China.”

China accounts for just a small proportion of British exports, 3.1 percent in 2016, compared with 43 percent for the European Union.

Britain has also pushed a strong message to Chinese companies that it is fully open for business.

Notable Chinese investments in Britain include the Hinkley C nuclear power station which is being built by China General Nuclear Power Corp and the British arm of France’s EDF (PA:) while British firms such as Rolls Royce (L:) have won large deals from Chinese firms to supply items like plane engines.

Both May and senior Chinese officials have restated their commitment to a “golden era” in ties but a row over May’s decision to delay approval for the Chinese-funded Hinkley nuclear plant in late 2016 chilled relations.

However, Britain was the first Western country to sign up to the China-backed Asian Infrastructure Investment Bank and Britain sent Finance Minister Philip Hammond to a Beijing summit last year about President Xi Jinping’s flagship ‘Belt and Road Initiative’ – a trillion-dollar infrastructure-led push to build a modern Silk Road.

May said the Belt and Road had huge potential, but cautioned that the project had to be carried out in the proper way.

“What I would like to see is ensuring that we have transparency and international standards being adhered to, and I will be discussing that with my Chinese interlocutors,” she said.

May also said she would raise the future of Hong Kong in her meetings with Xi, underlining Britain’s commitment to the ‘one country, two systems’ rule in the former British colony.

Britain’s last governor in Hong Kong before it was handed back to the Chinese, Chris Patten, had written to May on Monday urging her to raise concerns over the “increasing threats to the basic freedoms, human rights and autonomy” in the territory.

Hong Kong was rocked by pro-democracy protests in 2014 in the largest show of defiance against Beijing rule since 1997. The government has since cracked down on activists, including last week banning one from running in a by-election in March.

“We believe that the future of Hong Kong, that one country, two systems future is important. We are committed to that,” May said.

“I’ve raised this in the past with President Xi, and he’s shown commitment to that but I will continue to raise it with him.”