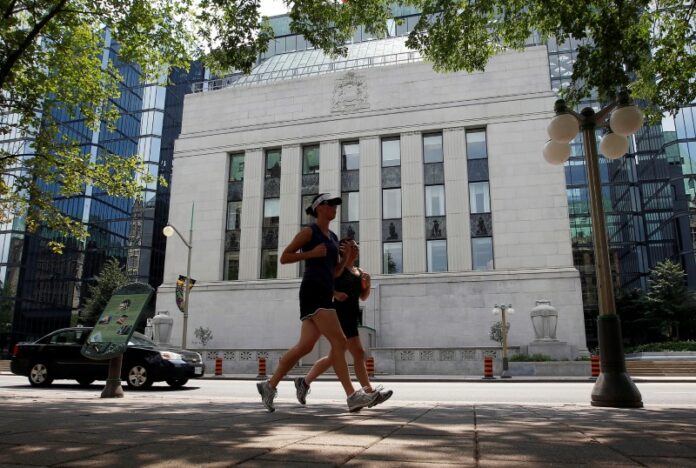 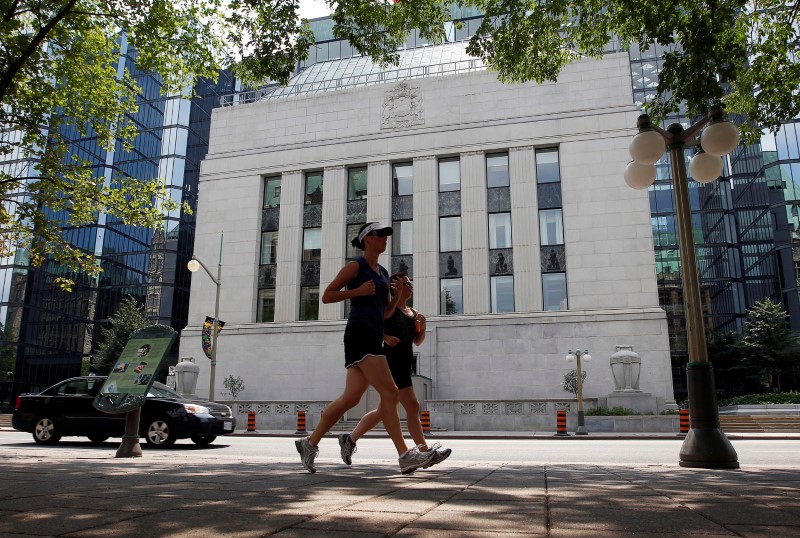 © Reuters. FILE PHOTO: Joggers run past the Bank of Canada building in Ottawa

MONTEBELLO, Quebec (Reuters) – Technological advances will raise global economic growth, but policymakers will need to take steps to keep firms’ market concentration in check and ensure workers are not left behind, a senior Bank of Canada official said on Thursday.

In a speech that did not discuss monetary policy, Bank of Canada Senior Deputy Governor Carolyn Wilkins said evidence suggests innovation has been a driver of rising income inequality in advanced countries in recent decades, with technology benefiting skilled workers more than others.

Certain types of technology have also led to the rise of so-called “superstar” firms that tend to have fewer employees and utilize data to keep competition out, Wilkins said.

“We are not going to get the full benefits of innovation if we leave market power unchecked,” Wilkins said in prepared remarks at a Group of Seven symposium on innovation.

Policymakers must prioritize anti-trust and competition regulations to remove barriers to entry, as well as find the best way to manage the risks that concentration in digital services can pose to the financial system, she said.

“The tech industry is making a valuable contribution to our economic performance. That said, the size and market dominance of some of the tech firms raise many of the usual concerns about the potential effects of monopoly power on prices and competition,” Wilkins said.

Countries must also look at how to develop skilled workforces through training and bringing more people into the labor market, she said.

Regulators will need to be proactive in understanding new technologies and incentives for businesses in order to make good policy decisions, Wilkins said.

“We will need to judge wisely when it is best to use public policy tools to manage risks and when to let private enterprise work its magic,” she said.

Wilkins said the Bank of Canada is currently looking at what impact digitalization and automation might be having on the labor market and the transmission of monetary policy.

The central bank is also evaluating the best way to measure inflation, given the effects digitalization are having on consumer habits.

Wilkins did not touch on where Canadian interest rates may be headed in her speech. The Bank of Canada has raised rates three times since last July amid strong jobs and economic growth. Markets largely expect the bank to hold steady at its next meeting in March but another hike is nearly fully priced in by May.