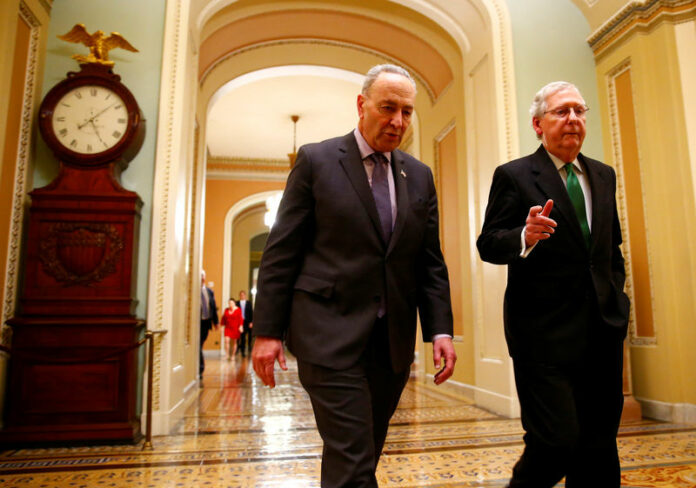 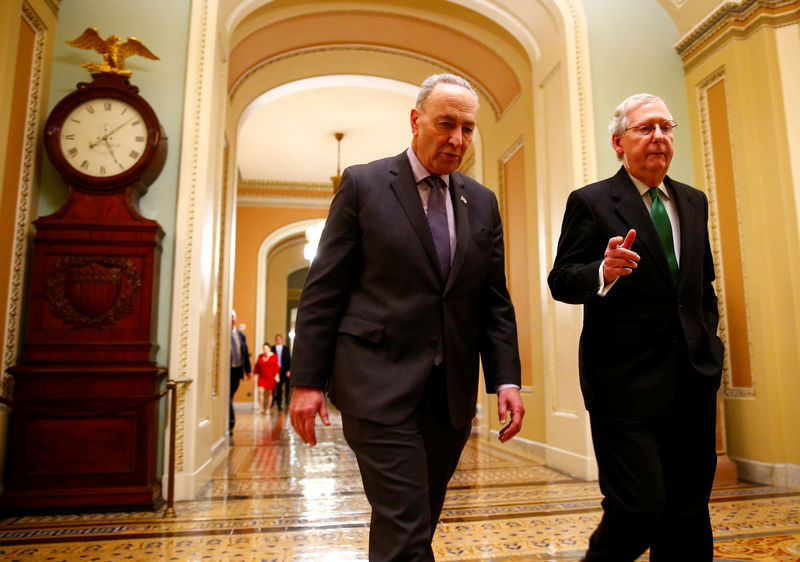 © Reuters. Schumer (D-NY) and McConnell (R-KY) walk to the Senate chamber on Capitol Hill in Washington

WASHINGTON (Reuters) – The U.S. Senate and House of Representatives were expected to vote on a proposed budget deal on Thursday that would avert another government shutdown but that has angered fiscal conservatives who complain it would lead to a $1 trillion deficit.

The plan to keep the government operating and to increase spending over the next two years faces resistance from the right wing of the Republican Party that mainly wants to shrink government. At the same time, many liberals want to withhold their support as leverage to win concessions on immigration policy.

Senate leaders reached a rare bipartisan deal on Wednesday to raise spending on military and domestic programs by almost $300 billion over the next two years.

The Senate agreement would allow for $165 billion in extra defense spending and $131 billion more for non-military programs, including health, infrastructure, disaster relief and efforts to tackle an opioid crisis in the country.

It would stave off a government shutdown before a Thursday night deadline for a new short-term spending bill, and also extend the federal government’s debt ceiling until March 2019, putting off for more than a year the risk of a debt default by the United States.

The agreement, backed by President Donald Trump and House of Representatives Speaker Paul Ryan, disappointed conservative House Republicans and outside groups. Republicans control the White House and both chambers of Congress.

“But when you add them all up, it adds to an awful lot of spending. … It’s not compassionate to bankrupt America.”

Opposition also came from liberal Democrats, who opposed the deal because it does not include an agreement to protect from deportation hundreds of thousands of “Dreamers,” young people brought illegally to the United States as children.

A number of lawmakers who supported the bill acknowledged the deal was not perfect. “It’s not pretty,” Republican U.S. Representative Adam Kinzinger said on CNN.

Democratic Senator Jon Tester said he hoped House Democrats would back the measure. “We don’t want the perfect to get in the road of the good,” he told the cable network.

Failure to agree on spending led to a partial three-day shutdown of government agencies last month.