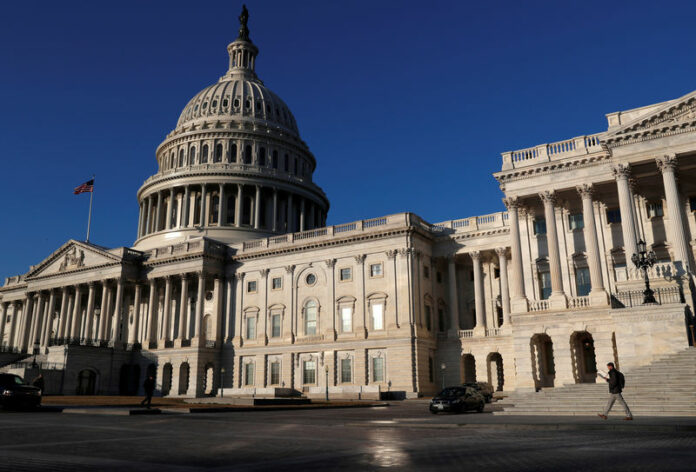 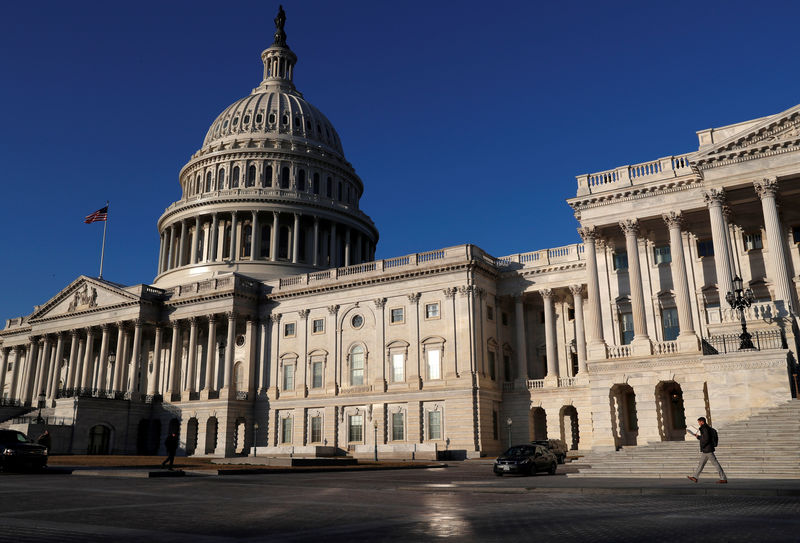 © Reuters. People walk by the U.S. Capitol building in Washington

WASHINGTON (Reuters) – U.S. lawmakers were expected to vote on Thursday on a two-year budget deal that would avert another government shutdown but add $300 billion to the federal deficit and leave the thorny issue of immigration unresolved.

The plan faced resistance from conservatives in the Republican Party, who favor less spending on domestic government programs.

At the same time, many liberal Democrats wanted to withhold their support as leverage to win concessions on immigration policy.

That meant the bill’s passage was not assured in the House of Representatives and would need some Democratic support. Speaker Paul Ryan, a Republican who has backed the agreement, predicted the chamber would pass the budget deal.

“I think we will,” Ryan told radio host Hugh Hewitt. “This is a bipartisan bill. It’s going to need bipartisan support. We are going to deliver our share of support.”

The rare bipartisan deal reached by congressional leaders on Wednesday would stave off a government shutdown before a Thursday night deadline and extend the federal government’s debt ceiling until March 2019.

The deal, backed by President Donald Trump, raises spending on military and domestic programs by almost $300 billion over the next two years.

A two-year budget bill would end the fiscal uncertainty that followed Congress’ passage of four stopgap funding measures this fiscal year and led to a three-day partial shutdown last month.

The measure fails to end uncertainty, however, for 700,000 young immigrants brought into the United States illegally as children.

Democrats had sought to pass legislation ensuring protections for the so-called Dreamers as part of any budget measure but Republicans refused. Instead, they have pledged to hold a separate immigration debates in Senate this month.

It would allow for $165 billion in extra defense spending and $131 billion more for non-military programs, including health, infrastructure, disaster relief and efforts to tackle an opioid crisis in the country.

Many Republicans, whose party controls both chambers of Congress, said the military’s need for funding justified the extra spending.

However, the conservative House Freedom Caucus said it opposed the measure, which caucus chairman Mark Meadows called “eye-popping and eyebrow-raising.”

Senators Bob Corker and Rand Paul, Republican fiscal conservatives, said they would not support the bill. “I’m against adding over $1 trillion of debt,” Paul said.

Republican Senator John Kennedy said there were many good things in the measure but he was concerned about adding to the deficit.

“I feel like I have to choose between love and honor here. I don’t know how I’m going to vote,” he said.

Liberal Democrats opposed the deal because it does not include an agreement to protect the Dreamers from deportation.

House Democratic leader Nancy Pelosi on Wednesday staged an eight-hour speech on the House floor in support of immigration legislation, including reading letters from Dreamers pleading to be allowed to stay in the United States.

In an appeal to Democrats to vote for the budget deal, Ryan repeatedly said during a news conference that he would bring an immigration bill to the House floor after the spending measures are enacted. But he fell short of the unconditional guarantee that many Democrats demand.

Representative Luis Gutierrez, one of the leading advocates in Congress for immigrants, urged colleagues to reject the deal. “Don’t collude with this administration,” he said. “Vote against the budget.”

A number of lawmakers who supported the bill acknowledged the deal was not perfect. “It’s not pretty,” Republican U.S. Representative Adam Kinzinger said on CNN.