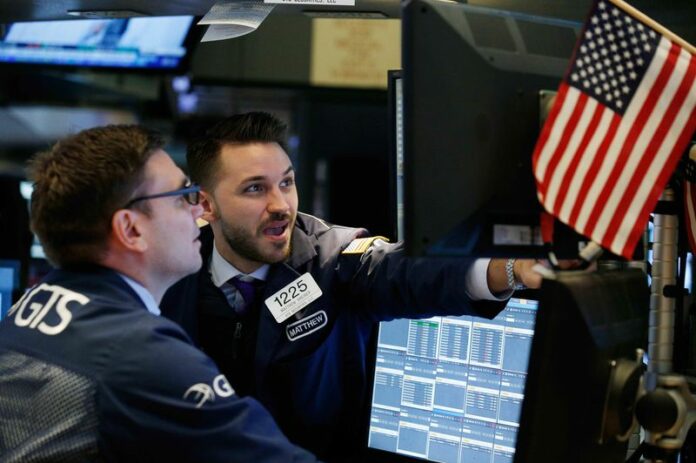 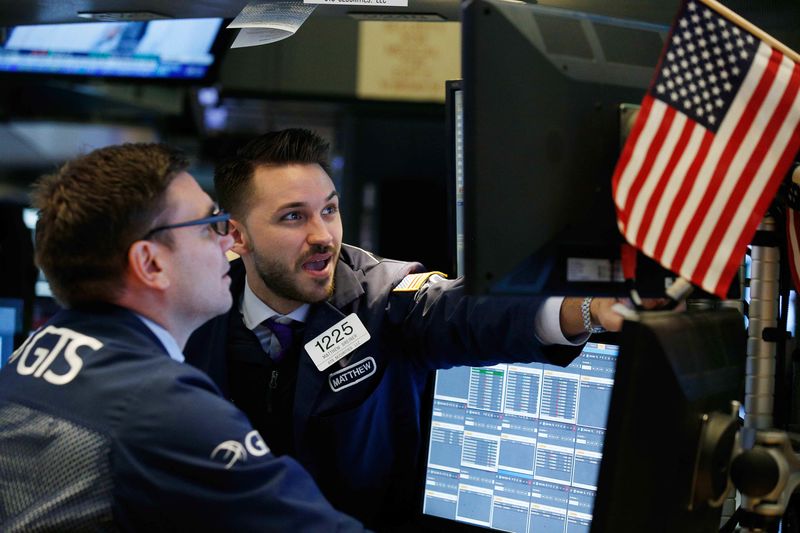 © Reuters. Traders work on the floor of the New York Stock Exchange ahead of the opening bell in New York

Out of more than 2,500 clients, only 15 people called or emailed to check in with Cox, who helps oversee $750 million in assets at the Harris Financial Group.

None of them told him to take their money out of the market, he said, leaving Cox convinced that the 9-year-long bull market in stocks still has room to run higher.

“This was nothing at all like the financial crisis” of 2008-2009, he said. “Most everyone seems to recognize that the economy is getting better and the tax cuts are going to be supportive of stocks.”

Indeed, financial advisers across the country say that the volatility in the U.S. stock market on Monday, which left the down at one point by more than 1,500 points, has not yet curtailed the appetite by small investors to put money in the stock market.

Approximately 52 percent of Americans own stocks either directly or through a mutual fund, according to the Federal Reserve. Those holdings help underpin the $5.3 trillion of assets invested in 401(k) retirement plans, according to the Investment Company Institute, a trade group.

Some advisers said clients asked them to add to the market on Monday, helping fuel the “buy-the-dip” mentality that has helped the avoid the 10-percent drop known as a correction for nearly two years.

It is a different story for small and institutional investors who were exposed to obscure, leveraged exchange traded products (ETPs) linked to the stock-market volatility.

The S&P 500 was trading lower again on Thursday is now down slightly year-to-date after gaining nearly 6 percent in January, its best performance for the month since 1997.

The SPDR S&P 500 (MX:) fund, the world’s largest ETF, lost $66 million in investor outflows Wednesday, after losing $17.2 billion over the previous 4 days. The fund brought in a record $19.8 billion in investor inflows in January.

Investors trading in their 401(k) retirement plans moved out of equities on Monday and Tuesday, but began buying back into stocks on Wednesday, according to the Alight Solutions 401(k) index, which tracks $200 billion in assets.

Overall, 37 percent of individual investors remain bullish, a 7.7-point drop form the week before and slightly below its historical average of 38.5 percent, according to the AAII Investor Sentiment Survey. Bearish sentiment, meanwhile, rose to 35 percent, a 6.3-point gain from the week before.

The steep drop in the Dow Jones Industrial Average on Monday, which at one point zapped more than 700 points in less than a half hour, did give some clients pause, yet none of them asked to re-allocate out of stocks, said Todd Morgan, chairman of Los Angeles-based Bel Air Investment Advisors.

“It reminded me of 1987 when there were no bids for a while,” he said. “But the fundamentals are intact and we are staying the course. I’m not worried about a recession or poor earnings.”

Overall, companies in the S&P 500 are posting fourth-quarter earnings growth of 14.3 percent, while 77.9 percent of companies are besting analyst estimates, according to Thomson Reuters data.

Jeff Carbone, a managing partner who helps manage $1.3 billion at Huntersville, North Carolina-based Cornerstone Wealth, said that the recent volatility in the stock market is helping him remind some overly-bullish clients why it is pays to have a diversified portfolio.

At the start of the year, several clients made unusually large withdrawals to fund vacations or renovations, confident that market gains would quickly replenish their portfolios, he said. Now, he is pointing to volatility in the stock market as a reason to not push their risk levels too high by adding more volatile assets such as the cryptocurrency bitcoin.

“The majority of our clients are still very bullish, and they don’t feel like the recent selloff is going to be the catalyst that ends everything 3,000 days into a bull market,” he said. Instead, clients are moving more money into small and mid-sized companies that may trade at lower valuations than large-cap stocks.

“I will tell you that there’s a lot more optimism today than there was a few years ago, and I think it’s warranted,” he said.