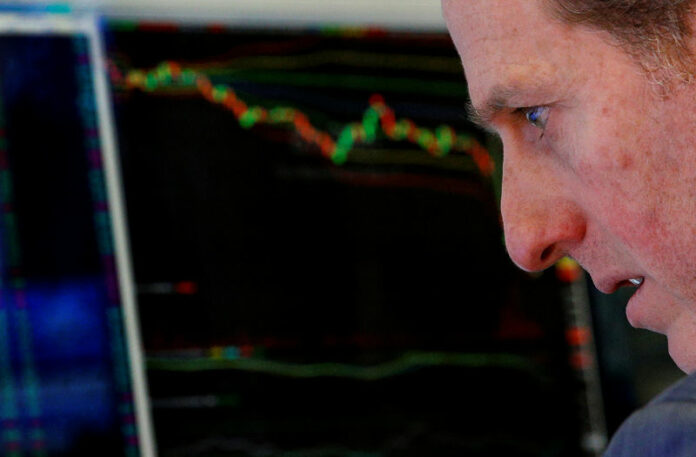 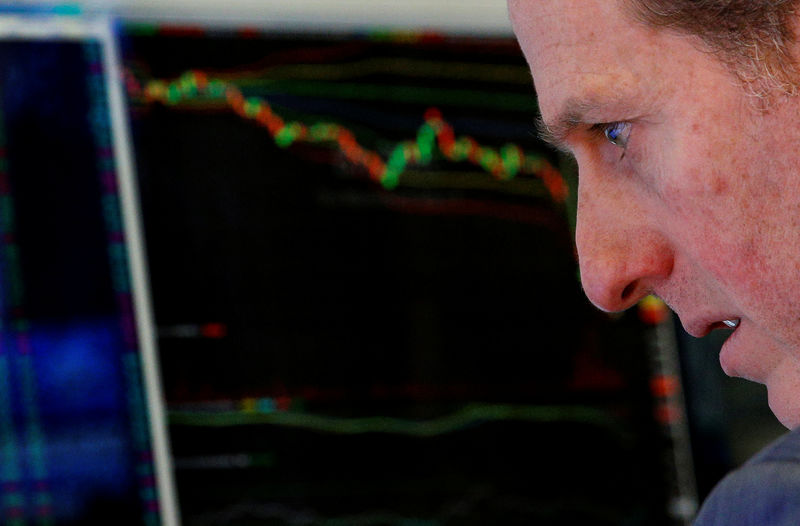 © Reuters. A specialist trader works at his post on the floor of the NYSE in New York

By Jennifer Ablan and Trevor Hunnicutt

NEW YORK (Reuters) – Bond vigilantes could be finding allies in the stock market.

With inflation fears back in vogue and the U.S. budget deficit seen ballooning, vigilantes have stormed fixed income trading floors and seem to be cropping up in equity markets too, where they may punish already battered stocks for policymakers’ and lawmakers’ actions.

“The stock market is feeling the bond market’s pain. Absolutely, no doubt – we have stock vigilantes too,” Ed Yardeni, the longtime Wall Street strategist now president at his namesake research firm, told Reuters.

The term “bond vigilante” was coined by Yardeni in 1983 to describe investors’ insistence on high yields to compensate for the risk of inflation and budget deficits during the Reagan administration. A stock version of a vigilante would seek to influence lawmakers and policymakers by slamming equity prices.

Bond yields began to soar on Feb. 2 after U.S. government data showed the biggest wage gains since 2009, convincing investors of the growing threat of inflation, long tame since the 2007-2009 recession.

Stock vigilantes could make their own demands of policymakers.

Under vigilante logic, if rates are higher, if inflationary pressures are running hot, if the economy is nearing its long-run potential and the Federal Reserve really is going to raise rates quickly in response, then the value of stocks needs to be lower too. Potentially a lot lower.

“Over the last half a dozen of years we have been saying equity valuations can be higher because we are living in a low interest rate and low inflation environment, but that’s reversing a little bit and that’s what we are staring at now,” said Art Hogan, chief market strategies at Wunderlich Securities.

Stocks have been falling apart in recent days, with the down 11 percent from a high hit just two weeks ago. But the switchback comes amid a long bull market, during which equities had ignored until recently the stealthy run-up in 10-year Treasury yields from 1.32 percent in 2016 to this year’s 2.89 percent high.

U.S. stock investors have now turned hypersensitive to rising yields after the past week’s surge, which lifts borrowing costs and could curb economic earnings and growth, Yardeni said. That also comes against the backdrop of accumulating government debt.

Jeffrey Gundlach, known as Wall Street’s Bond King, told Reuters it is “hard to love 10-year Treasury notes even at a 3 percent yield with boatloads of bond supply and a 4 percent real GDPNow and 2.9 percent average hourly earnings.

“Plus, if the economy tanks from the stock market crashing, then you are looking at even more supply. Like a couple trillion more on top of the couple trillion already barreling toward us in fiscal 2019,” Gundlach said.

On Friday, a brief U.S. government shutdown ended after Congress passed and President Donald Trump signed into law a wide-ranging deal expected to balloon the budget deficit. That comes after a tax cut also widely expected to expand the deficit.

U.S. Republican Senator Rand Paul attempted to block a vote on the deal on Thursday, flagging the stock market plunge in recent days among his concerns.

Nearly $300 billion in new spending included in the bill will mean the annual budget deficit will exceed $1 trillion in 2019, said the Committee for a Responsible Federal Budget, a private fiscal policy watchdog group in Washington.

BlackRock Inc (NYSE:) Chief Executive Larry Fink said in November that the United States is “one of few nations that have our deficit funded by foreigners,” and that it was a concern as people in those countries save less and consume more.

“The dependency on foreign ownership of our debt should be an alarming issue over a long horizon,” Fink told Reuters.

“These nations are going to be moving from a saving society, especially Japan, to a consuming society as people age.”

Yardeni said the Fed’s ultra-easy monetary policy, known as quantitative easing, had overriden concerns on the accumulation of debt. That has all changed with the Fed raising rates.

“Both bonds and stocks have not reacted for so long to the mounting debt we’ve keep piling on because the Federal Reserve has had them on lock down,” Yardeni said. “Now with the Fed tightening and reducing its balance sheet, the dynamics have changed.”