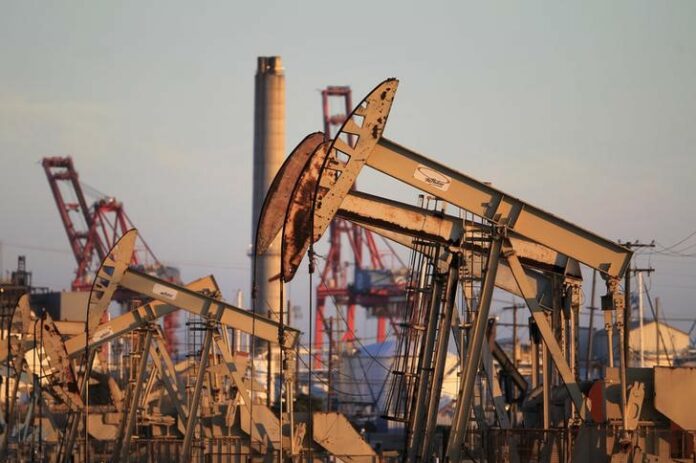 Investing.com – Crude oil prices continued to tumble on Thursday, as concerns over rising U.S. production continued to weigh heavily on the commodity.

Elsewhere, for April delivery on the ICE Futures Exchange in London declined 89 cents or about 1.34% to $63.91 a barrel, the lowest since December 20.

Domestic oil production, driven by shale extraction, rose 3.3% to an all-time high of 10.25 million bpd, the U.S. Energy Information Administration said. That figure is above that of top exporter Saudi Arabia and within reach of Russia’s output levels.

The commodity was also pressure lower by news U.S. commercial crude stocks increased by 1.9 million barrels in the week to February 2, to 420.25 million barrels.

Separately, Iran announced plans on Thursday to increase production within the next four years by at least 700,000 barrels a day.