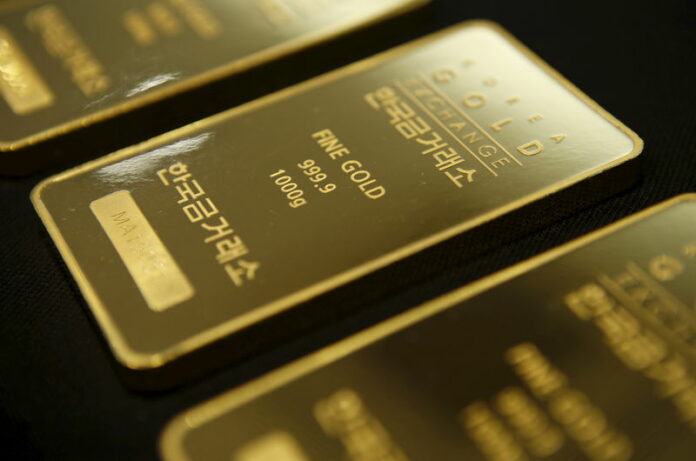 Investing.com – Gold prices were little changed on Friday, as the U.S. dollar declined following news of another U.S. government shutdown although a budget bill was expected to be passed before the weekend, while U.S. bond yields turned back higher.

The dollar weakened after a midnight deadline to pass the U.S. budget deal due to a prolonged speech by Senator Rand Paul, who objected to $300 billion in deficit spending in the bill saying that it would “loot the Treasury.”

The , which measures the greenback’s strength against a trade-weighted basket of six major currencies, was down 0.14% at 90.06, off the previous session’s two-and-a-half week high of 90.46.

Gold is sensitive to moves in the dollar. A weaker dollar makes gold less expensive for holders of foreign currency.

However, the greenback’s losses were expected to remain limited as U.S. bond yields turned higher again. The yield on benchmark was still hovering near a recent four-year peak on Friday.